The History of Uncle Sam 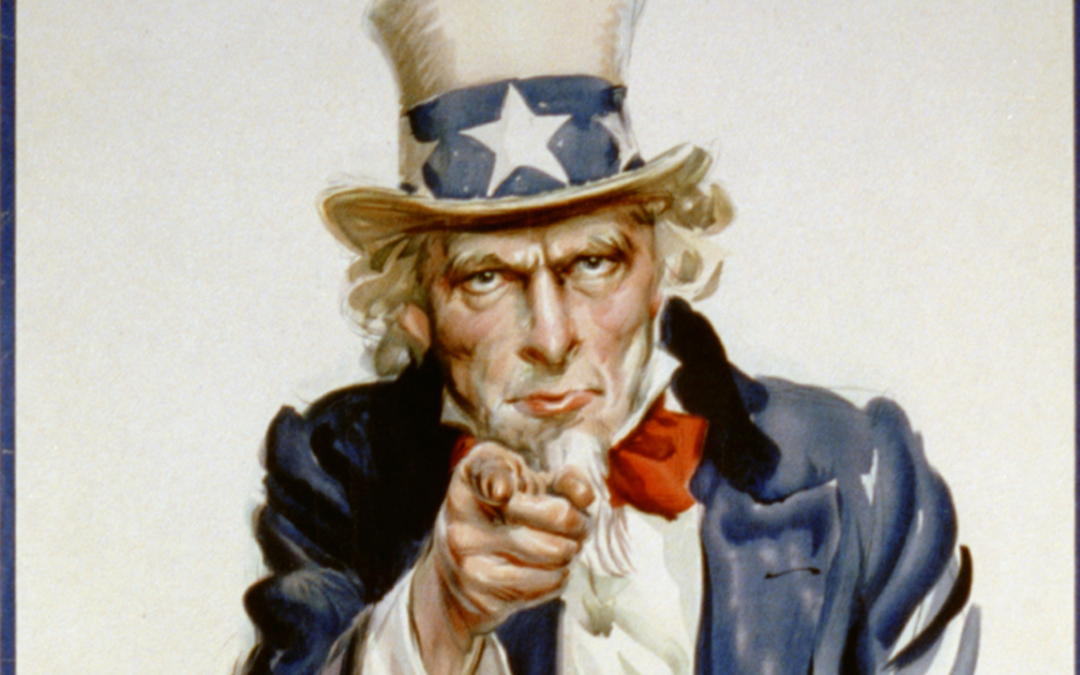 Every year on September 13, the United States celebrates Uncle Sam Day as a way to commemorate the man behind the iconic image, the U.S. Army recruiting campaign, and the fascinating nickname for the U.S. Government.

Join us as we explore the history behind Sam Wilson, the War of 1812, and Uncle Sam references throughout history:

The origin of the term “Uncle Sam,” though disputed, is usually associated with a meatpacker from New York, Samuel Wilson, born September 13, 1766, and known affectionately as “Uncle Sam” Wilson.

Sam supplied barrels of beef to army soldiers during the War of 1812 and, on each barrel, he stamped “U.S.” (the abbreviation of “United States”) to indicate that they were government property. Before long, soldiers began referring to these shipments as a “delivery from Uncle Sam,” which shared the same initials

That identification is said to have led to the widespread use of the nickname Uncle Sam for the United States, starting with the local New York newspaper (as you’ll see below).

Illustrations of Uncle Sam Throughout History

Uncle Sam’s image has been used by the United States government in a number of different ways, from stamps and military recruiting posters to magazines and newspaper cartoons.

The First Illustration of Uncle Sam

The first illustration of Uncle Sam, based on a combination of Yankee Doodle and Brother Jonathan, is unlike the one we know now.

Published in the December 21, 1861, edition of Harper’s Weekly, Uncle Sam is shown wearing a starred bandana on his head and a striped vest, dividing up Virginia like a butcher.

The cartoon is captioned, “Chief Cook CAMERON divides the VIRGINIA GOOSE between MARYLAND and DELAWARE. ” 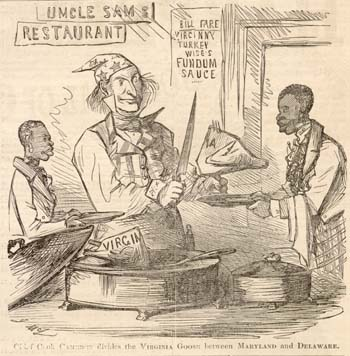 The Evolution of Uncle Sam

Credit is given to German-born illustrator and cartoonist Thomas Nast for evolving Uncle Sam’s image into the long-legged character that’s familiar to us today. Nast’s Uncle Sam debuted in Harper’s Weekly, but continued to evolve, eventually adding the white beard and stars-and-stripes suit.

Coincidentally, Thomas Nast is also the illustrator credited with creating the modern image of Santa Claus as well as suggesting the donkey and elephant as symbols for the Democratic and Republican parties. 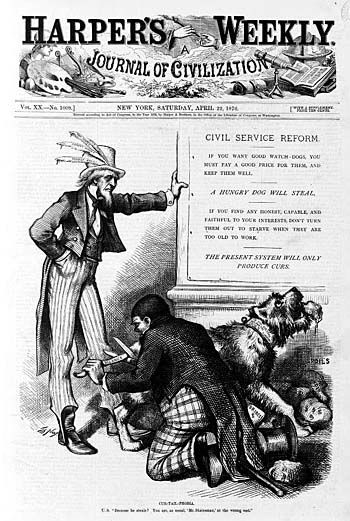 “I Want YOU For U.S. Army” Campaign

While images of Uncle Sam had existed as early as the 1800s, it was James Montgomery Flagg‘s version that cemented the identity that we think of today.

It’s been said that Flagg modeled the portrait of Uncle Sam after himself, going so far as to compose the image in front of a mirror. Aside from the face, Flagg’s depiction of Uncle Sam was also made to look more stern and muscular.

Flagg’s modern representation of Uncle Sam first appeared on the cover of July 1916’s Leslie’s Weekly, accompanied by the words “What are YOU doing for preparedness?” That same representation was then used to design 46 propaganda posters for the government during World War I, and a staggering four million copies of his famous “I Want YOU” poster were printed between 1917 and 1918.

But, Flagg’s illustration was not met without controversy. He never denied or admitted to borrowing images and ideas from other artists. In fact, he did this frequently. Flagg’s “I Want YOU” poster is thought to be influenced heavily by Alfred Leete’s poster Lord Kitchener Wants You from 1914.

When America returned to war in 1941, his posters were suddenly back in demand. Millions more of his iconic Uncle Sam posters were printed, and the image continued to be just as effective in recruiting efforts. Today, his poster remains one of the most iconic images of the twentieth century; a lasting icon that symbolizes the power of patriotism.

On September 7, 1961, through concurrent resolutions, Congress officially named Uncle Sam as a permanent symbol of American strength and idealism. In fact, the symbol of Uncle Sam is still in widespread use both in the United States and around the world.

President George H. W. Bush proclaimed Uncle Sam Day to be September 13, 1989, in honor of the anniversary of the birth of Samuel Wilson. It coincided with the bicentennial celebration of the City of Troy, New York, where Wilson lived and worked.

If you’re up for an adventure, there are two memorials to Uncle Sam you can visit. Both commemorate the life of Samuel Wilson: the Uncle Sam Memorial Statue in Arlington, Massachusetts, his birthplace; and a memorial near his long-term residence in Riverfront Park, Troy, New York.