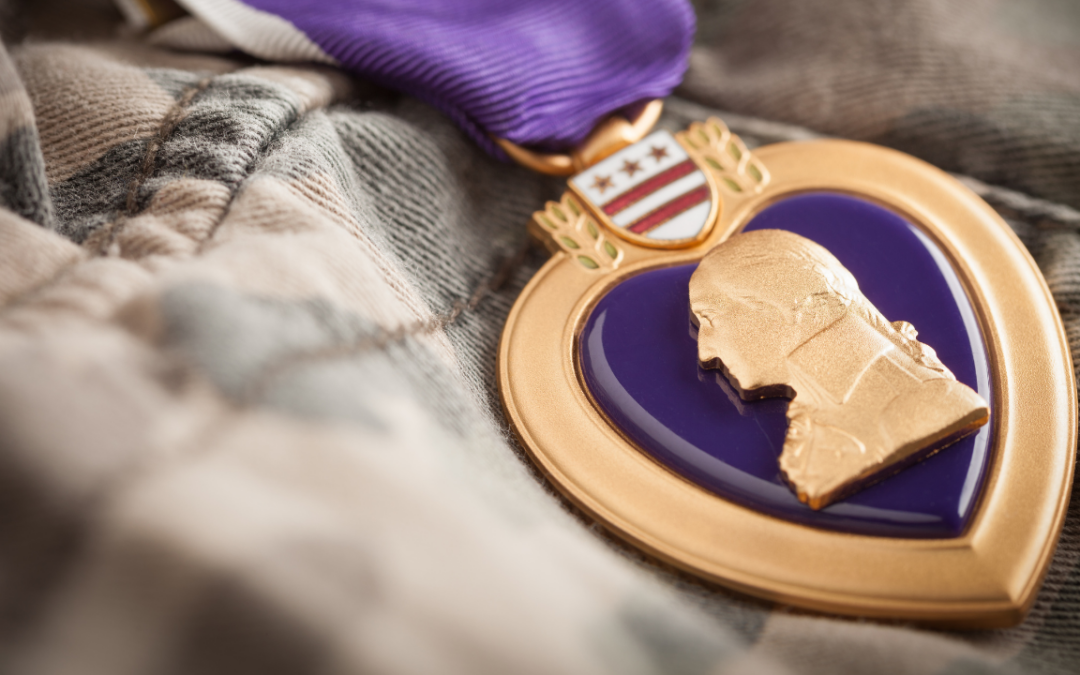 Every year on August 7, Americans pause on Purple Heart Day as a way to reflect on the bravery of those who have fought for the U.S. to ensure that their courage is never forgotten.

Let’s take a look at the history of the Purple Heart:

The Badge of Military Merit

The “Badge of Military Merit” is considered the first military award of the United States Armed Forces. It was announced on August 7, 1782 in General George Washington‘s general orders to the Continental Army.

Washington’s original design was a heart of purple silk, edged with narrow lace bindings and was intended as a military order for soldiers who exhibited, “not only instances of unusual gallantry in battle, but also extraordinary fidelity and essential service in any way.”

Washington awarded the first purple-colored, heart-shaped badges to three soldiers who fought in the Continental Army during the American Revolution. Then, the medal was not awarded again for 145 years. In fact, it wasn’t until October 1927, after World War I, when General Charles Summerall proposed that a bill be submitted to Congress to revive it in honor of George Washington’s bicentennial birthday.

General Douglas MacArthur, Summerall’s successor as Army Chief of Staff, worked with the Washington Commission of Fine Arts and Elizabeth Will, a heraldry specialist in the Army’s Office of the Quartermaster General, to re-design the medal in 1931.

On February 22, 1932 — the 200th anniversary of George Washington’s birth — the War Department announced the establishment of the Purple Heart award in General Order No. 3:

By order of the President of the United States, the Purple Heart established by General George Washington at Newburgh, August 7, 1782, during the War of the Revolution, is hereby revived out of respect to his memory and military achievements.

By Order of the Secretary War:
Douglas MacArthur
General
Chief of Staff

Army regulations specified the design of the medal as an enamel heart, purple in color and showing a relief profile of George Washington in Continental Army uniform within a quarter-inch bronze border. Above the enameled heart is Washington’s family coat of arms between two sprays of leaves. On the reverse side, below the shield and leaves, is a raised bronze heart without enamel bearing the inscription “For Military Merit.” The 1-11/16-inch medal is suspended by a purple cloth, 1-3/8 inches in length by 1-3/8 inches in width with 1/8-inch white edges.

The first servicemember to receive the modern-day Purple Heart was Army Gen. Douglas MacArthur for his service in the Pacific theater during World War II.

Any Airman, Marine, Sailor, or Soldier who sheds blood in defense of the nation is automatically awarded the Purple Heart, regardless of position, rank, status, or popularity.

Servicemembers can receive more than one Purple Heart throughout their military career. In fact, Curry T. Haynes currently holds the record for the highest number of Purple Hearts bestowed upon a single servicemember, at 10.

More than 1.8 million Purple Hearts have been awarded since General Washington’s Badge of Military Merit was revived in 1932. The unique heart-shaped decoration continues to be widely recognized and prized by all who receive it.

This Purple Heart Day, let us remember to honor the brave men and women who were wounded in battle or made the ultimate sacrifice for their country. Let their courage never be forgotten.