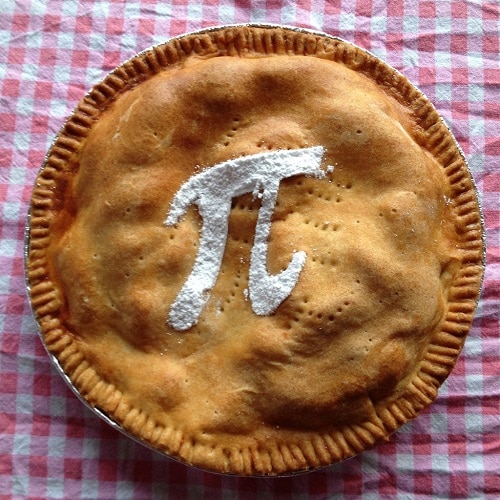 It’s here. It’s finally here! Today is Pi Day, folks. That’s right, the holiday devoted to a magic mathematical ratio AND delicious baked goods is back. March 14 (or 3/14) was officially designated as a holiday less than a decade ago when the U.S. House of Representatives voted in favor of House Resolution 224. Since that day in 2009, March 14 has taken on a new meaning, but pi(e) lovers have been celebrating this holiday long before the government stepped in.

Pi (π ), defined as a numerical constant that represents the ratio of a circle’s circumference to its diameter, has been around since the third century B.C. Ancient Greek mathematician Archimedes of Syracuse is credited with performing the first ever calculation of pi, which is believed to have taken place sometime around 250 B.C.  Although it is impossible to say for sure, most believe that Archimedes’ calculations were not improved upon until Sir Issac Newton recorded pi out to the 16th digit in 1665. According to the Mathematical Association of America, Newton was somewhat ashamed of this accomplishment, as his tireless work on pi meant that he had “no other business at the time.”

Although pi is largely attributed to a Greek mathematician, it wasn’t the Greeks who decided to use the Greek symbol π to represent the ratio. Instead, it was British mathematician William Jones who was first to use the “π” symbol in 1706. Decades later, Swiss mathematician Leonard Euler, the official mathematician of Russian Empress Catherine the Great, popularized the symbol’s use.

While today’s celebration is truly in honor of the mathematical pi (A 3.14 party on 3/14… get it?), it is just as much about pie with an E! The first-ever Pi Day was hosted by Larry Shaw, a physicist at the San Francisco Exploratorium, in 1988. Guess what was on the menu?! Pie. So for every school-wide competition to see who can recite the most digits of pi, there are just as many pie eating contests and pie potlucks going on today.

For those of you craving digits over desserts, here’s one million digits of pi.  For those craving a good pie today, we’ve pulled some of our favorite pie-related recipes out of the SpouseLink kitchen. Whichever pi(e) you want some more of today, we hope you get your filling!

You really can’t go wrong with a classic apple pie.

Regular old apple pie too boring for you? Try this crazy twist on a timeless classic.

Another creative take on a staple of the pie world. You may just never go back to a ‘regular’ pumpkin pie.

Not all pies are sweet! Add this savory Shepherd’s Pie to your St. Patty’s day party.

Earmark this one for November leftovers. You’ll thank us later.