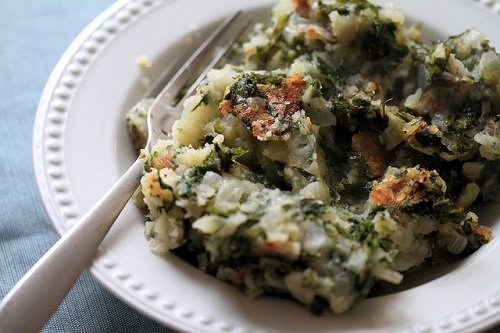 Saint Patrick’s Day is quickly approaching and with it will come shamrock confetti-strewn streets, clinking pints of Guinness, and, of course, plates piled high with Irish eats. Corned beef and cabbage will surely be the star of the menu for pubs and home kitchens alike, but you might want to consider taking a taste of a different dish this year. Why? Well, as it turns out, corned beef and cabbage isn’t so Irish after all. 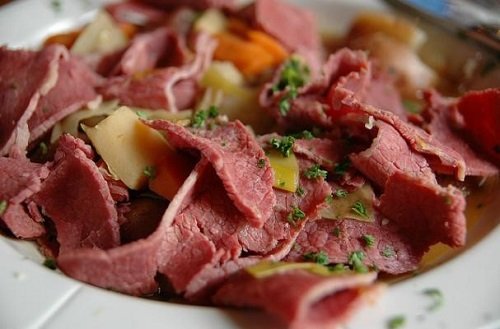 The dish was actually first developed by the wave of Irish immigrants that came through Ellis Island in the early 19th century. They could recreate many traditional Irish dishes, such as Irish stew and soda bread, using affordable ingredients in the U.S. This was not the case with the real Saint Patty’s Day favorite of boiled bacon, however, as pork was too expensive for many Irish families who were new to America.

Instead, they turned to the inexpensive corned beef they first tasted at the Jewish delis and lunch cars serving their New York City neighborhoods. The meat was cured and cooked much like boiled bacon and became a natural replacement for pork. Cabbage was subbed in for the stereotypical Irish side dish of potatoes since it was easy to cook in the same pot as the beef. The meal spread among Irish communities in the U.S. and quickly became known as the dynamic duo of the Irish-American kitchen

With this in mind, if you are looking to pair your Guinness with something a little more traditional this Saint Patrick’s Day, below are five recipes straight from the Emerald Isle, no substitutions necessary. 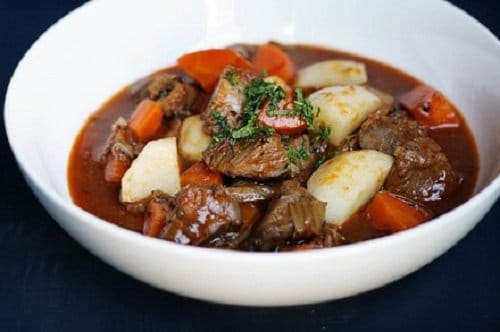 This traditional comfort food is sure to keep you warm despite blustery March winds. The delicate flavor of lamb compliments your choice of succulent root vegetables like the potatoes and carrots used in this version from The Spruce.

These potato pancakes, from Chowhound, are made from a mix of mashed and raw grated potatoes, making for a unique texture that combines the fluffiness of pancakes with the satisfying crunch of hash browns. Boxty can be served on their own or wrapped up with meats and vegetables like a fajita.

Mashed potatoes are upgraded with the vibrant flavors of either kale or cabbage in this traditional dish, but be mindful of your mouthfuls! It’s customary for home cooks to bury charms or coins in colcannon to foretell good luck or wealth. Get the recipe on Taste of Home.

While the exact recipe for Shepherd’s pie may vary kitchen to kitchen, the defining ingredients in this version from Culinary Ginger are minced meat, savory vegetables, and a mashed potato crust. Many cooks will add a splash or two of Guinness to their recipe for an extra dose of traditional Irish flavor. 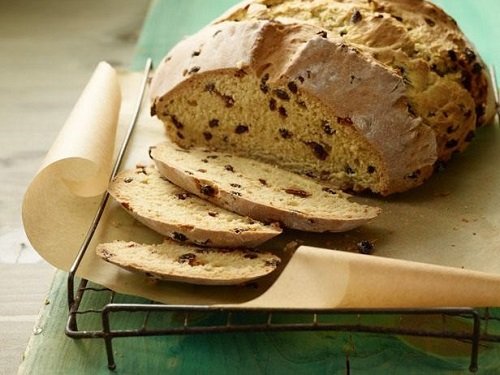 This quick bread from King Arthur Flour gets its name from the baking soda in the recipe that helps the dough rise quickly and reliably. While scrumptious with just a pat of fresh butter, raisins or nuts can be mixed into the recipe for subtle sweetness. 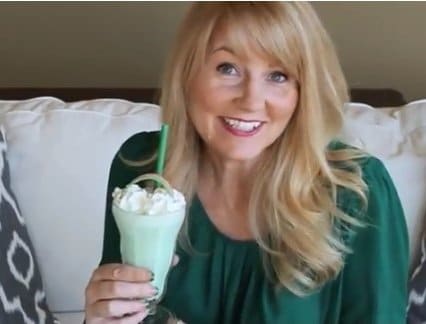