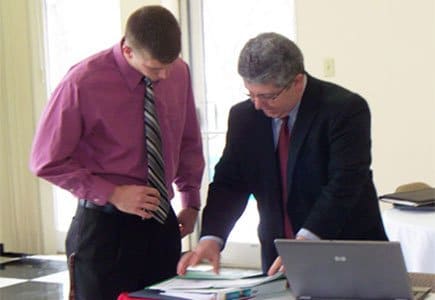 Man is it tough to find a job as a Vet. Those who served in Afghanistan and Iraq face a jobless rate of 12.1 percent in 2011, significantly higher than the national average of 8.7 percent, according to the Employment Situation of Veterans’ analysis of Bureau of Labor Statistics data. Luckily, some companies are actually trying to change that.

According to a study by PayScale (Forbes), Booz Allen Hamilton is the best employer of United States Veterans. With a workforce of more than 25,000, the firm provides consulting services to nonprofit organizations, private corporations and the government. It also employs the most Veterans in skilled work relevant to their training.

The PayScale list focuses on firms that offer Veterans well-paying jobs that make use of their Military experience in day-to-day work. Veterans with analyst and engineering positions had the highest median pay.

In response to the troubling number of unemployed Veterans, President Obama with bipartisan support signed a bill in November providing tax credit to employers that hire Americans who have served in the Military. The government has also recently increased hiring initiatives of Veterans. The new moves have helped bring down the veteran unemployment rate to below the national average. Check out the career openings at these places: