6 Veteran-Owned Breweries You Need to Try 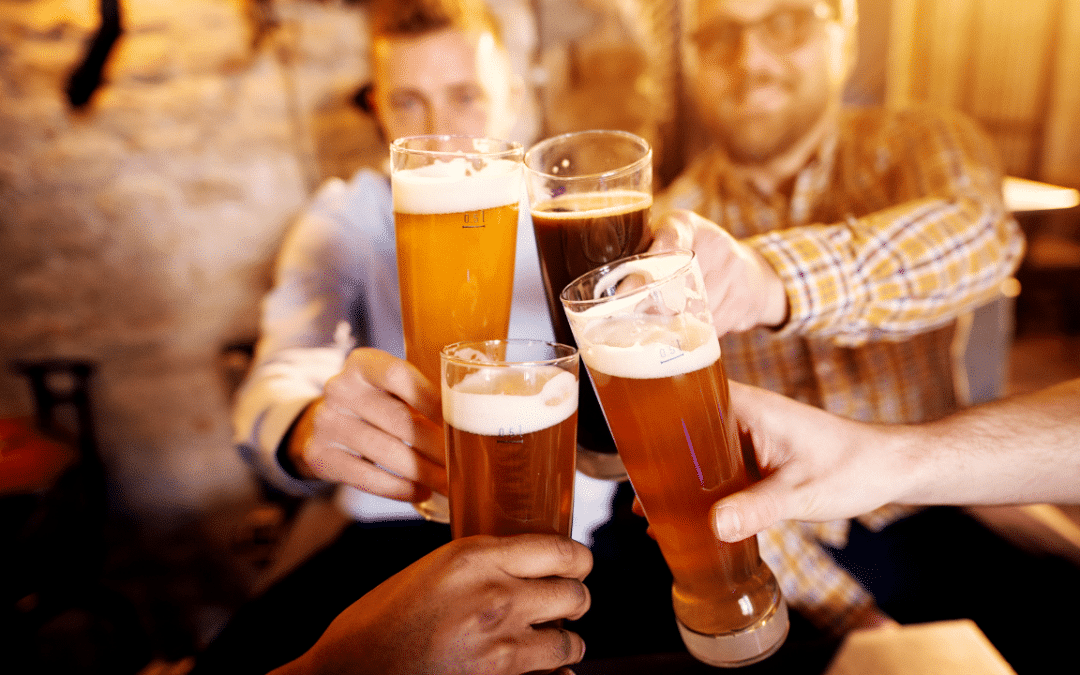 The Fourth of July means fireworks, barbecues, and an opportunity to celebrate our country and freedom. It’s also a time to remember the sacrifices of those who have served to protect it. This month, honor those who’ve served by sipping a beer at one of these 6 Veteran-owned breweries.

5×5 Brewing Co. (pronounced Five by Five) is a Veteran-owned and operated craft brewery based in Mission, Texas. George Rice (U.S. Army) and Sean Downey (U.S. Marine Corps) used their love for beer and their love for their brothers in arms to create a military themed brewery, first starting with the name 5×5 — a term used by radio operators to describe when signal and clarity was at its best.

5×5 Brewing Co. doesn’t just brew delicious beers. The company also has a Veteran preference hiring policy and, most recently, they announced a Brewing Apprenticeship Program with South Texas College and with a grant from the Texas Workforce Commission, the first of its kind in the U.S.

Founded in 2015, Backward Flag Brewing is a woman- and Veteran-owned micro-brewery in Forked River, New Jersey. Stop in for a tour of the brewery, try the various brews on tap, or just buy a pint and sit and enjoy the unique environment.

Backward Flag’s Founder and CEO, Staff Sergeant Torie Fisher, is the very first woman Veteran to own and operate a brewery in the U.S., but she didn’t stop there. Fisher also founded Arms 2 Artisans, a 501(c)3 nonprofit dedicated to helping post-9/11 Veterans learn artisanal trades as they transition into civilian life.

Boynton Beach, Florida-based production brewery, Due South Brewing Company, is an independent, Veteran-owned craft brewery that opened in 2012 after founder Mike Halker visited a local home brew shop to find wine-making supplies for his wife, Jodi and, instead, left with beer-making equipment.

According to Yelp, Due South’s taproom is a place to watch the latest batch being brewed while you enjoy a cold pint or stop in to grab a growler of fresh beer to go. In addition to their year-round favorites such as Caramel Cream Ale and Category 3 IPA, Due South’s taproom hosts over a dozen in-house specialty beers, seasonals, and one-offs to keep things interesting.

As a Veteran-owned brewery, Due South is always looking for ways to honor and support Veterans through their brews. In 2019, they released “Land, Sea, & Air”, an American Amber Ale, to help raise funds for Wounded Veterans Relief Fund, a local Lake Park, Florida Veterans organization that exists to provide emergency financial support to qualified disabled Veterans living in Florida.

Ono Brewing Company is a tropical-themed, family-owned and -operated brewery in Chantilly, VA. Now, you may be wondering how a brewery in Virginia ended up with Hawaiian and tropical decor. Well, the husband and wife team, Scott and Cyndi Hoffman, learned all about Hawaiian culture and traditions from Cyndi’s extended family while Scott served in the U.S. Army at Schofield Barracks.

Then, after spending nearly twenty years together in the tropical locations of Hawaii and Florida, Scott and Cyndi moved to Northern Virginia in 2011. They missed the laid-back atmosphere of Hawaii where everyone is on “Island time” and the wardrobe of Florida where flip-flops are worn year-round. They wanted to bring that relaxing vibe to Northern Virginia, and they did it through Ono Brewing Company.

Ono Brewing Company’s stand-out feature is a self-serve beer wall which is like a self-serve frozen yogurt bar, but with craft beer and hard seltzer instead! But, the best part is that Ono Brewing Company is a generous supporter of local non-profit organizations including Paws of Honor, NOVA Veterans Association, Willing Warriors, and so many more. Since 2017, they’ve donated more than $74,000 to more than 20 local nonprofit organizations!

Founded by Brian Evitts of the U.S Navy and Mike Ratkowski of the U.S Army, Railhouse Brewery in Aberdeen, North Carolina is proudly Veteran-owned by three branches of the Armed Forces: U.S. Navy, U.S. Army, and Air National Guard.

Staffed by nearly 100 percent military-affiliated employees, Railhouse regularly hosts events for and donates to military nonprofits. But, their stand-out feature is a wall of remembrance inside the taproom, where customers can submit names and plaques to commemorate fallen soldiers.

The brewery’s proximity to Fort Bragg is a big draw for the local active-duty military and Veteran communities and their “Beer Forward Wall” is a big hit with regulars. On it, customers can purchase beers in advance and then leave a sticky note, such as “Vietnam Vet” for former military members to cash in for a free beer.

With a name inspired by Civil War artillery soldiers’ pants, Red Leg Brewing Company is a Veteran-owned production brewery in Colorado Springs, Colorado, where they honor the men and women who currently and formerly served in the U.S. Military through high quality craft beer.

Red Leg has been making waves in Colorado Springs. So much so, that a second Red Leg location with an outdoor food hall and live entertainment venue is in the works at Garden of the Gods and 30th Street. Be sure to follow Red Leg Brewing Company on Instagram to get updates!

For these 6 breweries and their founders, there’s an undeniable connection that extends beyond the love of great beer. It’s a love for their nation, their community, and their brothers and sisters in arms.

Other Ways to Support the Military, Veteran, and MilSpouse Communities: