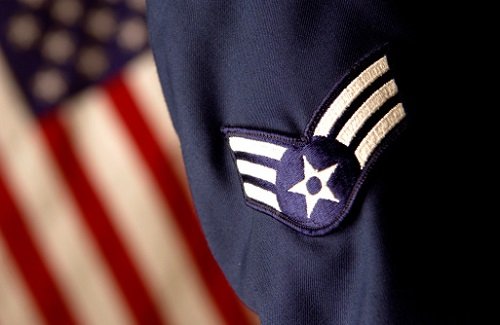 If you see a U.S. Airman or Airwoman today, wish them a Happy Birthday!

Today (September 18) marks 71 years since the U.S Air Force became an independent service and one of the five branches of the United States Armed Forces. We truly couldn’t be more thankful for everything they have done to secure and protect our freedom since their founding.

Technically, the U.S. Air Force existed as far back as 1907, but it wasn’t until after World War II and the rise of aerial warfare that the United States recognized the need for a separate branch of the armed forces; one that would be devoted entirely to the skies. Signed by then president Harry Truman, the National Security Act of 1947 officially designated the U.S. Air Force (USAF) as an independent service. In the decades since, the USAF has established itself as the largest and most technologically advanced air force in the world. And while it may be the youngest of the American military branches, it is the country’s second-largest service branch, with more than 318,00 active duty personnel, more than 140,000 civilian personnel, and more than 100,000 Air National Guard personnel.

Yet, with its 70+ years of rich history and second-to-none reputation, the Air Force is vastly underrepresented on the silver screen. While it seems almost too easy to rattle off a litany of classic U.S. Army and Marines movies, (Black Hawk Down, We Were Soldiers, A Few Good Men, Saving Private Ryan, Dear John, Stripes) or even films focused on the Navy and Coast Guard (Top Gun, The Guardian, Annapolis, Act of Valor), finding some great Air Force flicks can be a bit more difficult. In a celebration of its 71 years, we’ve pulled together the top 5 Air Force films out there. So grab some popcorn, get comfy, and celebrate this birthday with a good movie…

A huge thank you to all of our men and women serving in the United States Air Force. Thank you for everything you do.

Based loosely on Peter George’s novel Red Alert and directed, produced, and co-written by Stanley Kubrick, Dr. Strangelove is a black comedy and political satire that examines the Cold War era’s ever-present fear of a nuclear war between the United States and the Soviet Union. The film was nominated for four Academy Awards, including Best Picture, Best Actor, Best Director, and Best Adapted Screenplay.

Adapted from Tom Wolfe’s best-selling book by the same name, The Right Stuff tells the story of the seven military pilots selected for Project Mercury, the first manned spaceflight executed by the United States. Despite having a star-studded cast featuring Ed Harris, Dennis Quaid, Sam Shepard and more, The Right Stuff flopped in the Box Office. Critics loved it, though, and it landed on a number of 1983’s “Best Of” Lists. It also went on to win won four of its eight nominations at the 1984 Academy Awards.

This 1998 comedy from HBO is based on a book by the same name written by a retired USAF Colonel. Starring Kelsey Grammer, Richard Benjamin, Viola Davis, and more, The Pentagon Wars follows an Air Force colonel who uncovers the truth behind the military’s $14 billion investment into a new transport vehicle.

Another one from HBO, this 1995 film starring Laurence Fishburne, Cuba Gooding Jr., and John Lithgow tells the true story of The Tuskegee Airmen, the first group of all African-American combat pilots in the United States Army Air Corp. Despite facing numerous setbacks and constant racist opposition, the Tuskegee Airmen became one the finest groups of U.S. fighters in World War II.

Cuba Gooding Jr returned to the skies in the 2012 film Red Tails, an updated and action-packed telling of the Tuskegee Airmen’s story.

Is it a game, or is it real? That’s the tagline for this 1983 thriller starring Matthew Broderick as David Lightman, a young computer whiz who gets in over his head when what starts as a harmless hack goes terribly awry. Can he help reverse what he’s set in motion and stop World War III before it starts?

Which one do you think will be your favorite?