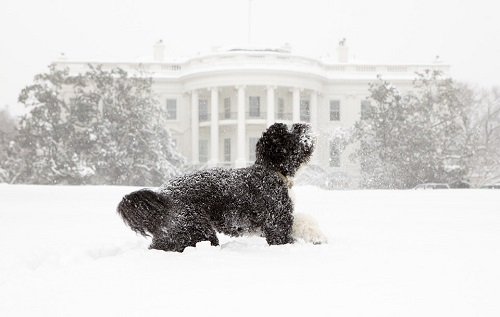 There are really only two types of people in this world: dog people and cat people. And when it comes to which furry friends make the best pet, each side has a laundry list of reasons why canines or felines reign supreme over the pet kingdom. But cats and dogs aren’t always the pets of choice. Look no further than our U.S. presidents for evidence of that.

In the battle of Cats v. Dogs, dogs definitely dominate at the White House. Although our current president, President Trump, has no pets, more than 30 presidents have had at least one pup roaming around the grounds during their time in office. There’s been a lot more just pups at 1600 Pennsylvania Avenue, though. Since it’s National Pet Day (April 11), let’s take a look at the presidents with some the most interesting pet collections:

Although Adams may have lacked in the number of pets he had as president, he certainly made up for it by choosing truly unique pets. Most people don’t consider insects to be “pets” but Adams helped care for a family of silkworms. One perk of having those worms around: First Lady Louisa Adams was able to spin their silk. In addition to the silkworms, Adams had an alligator which he received as a gift from Marquis de Lafayette. Yikes.

While Lincoln had an impressive array of pets during his presidency (goats, dogs, cats, horse, rabbit, turkey), it’s their personality that was most noteworthy. The pet turkey, Jack, was supposed to end up as Christmas dinner, but Tad Lincoln forced the family to keep him around. While Tad thought fondly of the turkey, Abe was more keen on his cat Dixie, claiming she was “smarter than my whole cabinet”. At that point, do you look for a new Cabinet or are you just proud of your smarty cat?

If we were choosing sides in the Cats v. Dogs debate, Rutherford B. Hayes would almost certainly have chosen dogs. He had at least eight during his time in office. However, it’s Hayes’ connection to cats that make his presidential pets noteworthy. Hayes is believed to have owned the first Siamese cats in the United States: Siam and Miss Pussy. The cats were both gifts from the King of Siam. 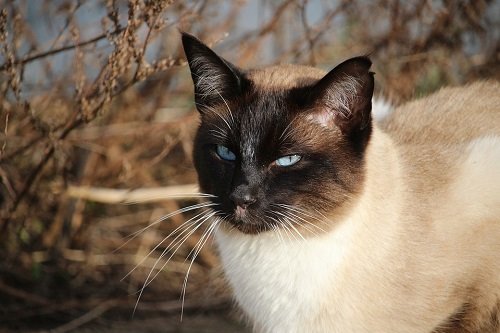 If you see any of these in the States, thank President Hayes.

It’s no secret that Theodore Roosevelt was a lover of the great outdoors. That love followed him into the White House and spilled out onto the White House grounds. Roosevelt’s collection of animals could rival that of a small zoo. Some of the highlights included a small black bear, a badger, a pig, a rabbit, a snake, multiple dogs and ponies, a barn owl, a rooster, a hen and a laughing hyena. 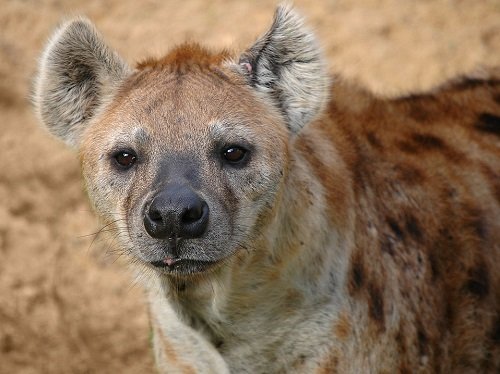 Can you imagine this as your pet?

Nearly two decades after Roosevelt brought his small zoo to the White House grounds, Calvin Coolidge did his best to recreate the animal haven that Roosevelt had created. Although there was no laughing hyena during Coolidge’s time in office, he did have a dozen dogs, a raccoon, a donkey, multiple birds, a bobcat, two lion cubs, a pygmy hippopotamus, a wallaby and a black bear. The back bear was eventually sent to a zoo, along with the 13 Pekin ducks Mrs. Coolidge first attempted to raise in a White House bathroom.

Hoover is another president who is squarely on the dog side of the Cats v. Dogs argument. Hoover had eight dogs, but it’s the way he named them that helped land him among the most interesting pet-owning presidents. Hoover had a Belgian Shepherd named King Tut, a Fox Terrier name Big Ben, a Setter named Eaglehurst Gillette, and a Norwegian Elkhound named Weejie. Top-tier names from a man with a pretty fun name, himself.

Add Kennedy to our growing list of pup-loving presidents. The Kennedys cared for over 10 dogs while living at the White House. But the greatest bullet point on JFK’s pet resume comes from naming the family rabbit Zsa Zsa after famed actress of the time Zsa Zsa Gabor. Zsa Zsa is a great name for Hollywood, but a better name for a pet.

It’s hard to think of a presidency in which the pets took on as much of a persona as they did during the Clinton years. Starting with Socks (the aptly named black cat with white feet) the Clinton’s thrust their furry friend into the spotlight, creating an animated version of Socks that led children around the White House’s kid-friendly website. The Clintons would later add chocolate lab Buddy to the mix. But that didn’t mean we would forget about Socks. The two shared the cover of Dear Socks, Dear Buddy, a children’s book written by First Lady Hillary Clinton in 1998. 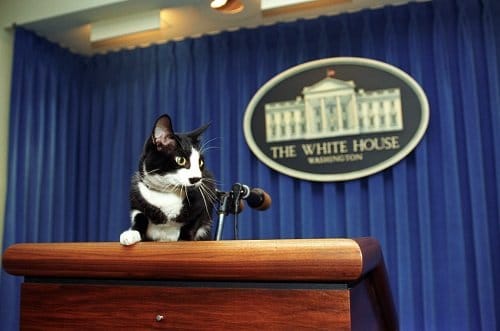 Socks at the podium, ready for questions from reporters.

Are you a dog person or a cat person? Or maybe you’re neither! Sound off on who you thinks makes the best pet in the comments below. Or share your own story with us.

Mindful Monday: 5 Lessons We Can Learn from Our Pets