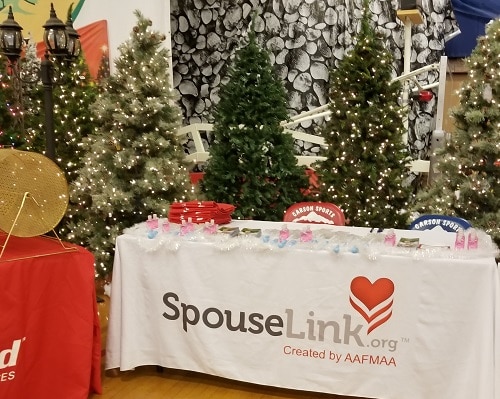 SpouseLink Ambassador Angel was on the scene Sunday, December 10, at the 2017 Fort Carson Tree Lighting ceremony. The event took place at the William Reed Special Event Center and attendance was amazing! There were even more people there than the MWR had anticipated. (The more the merrier, right?!)

Angel noted that SpouseLink’s snowflake-shaped light-up wands were a major hit. People were lined up to the doors trying to get one. Santa Claus made an appearance, too, along with many other holiday-themed characters and attendees. There was hot cocoa, gift bags for kids, and cartoonist — and fun had by all!

This is sure to get you in the holiday spirit: