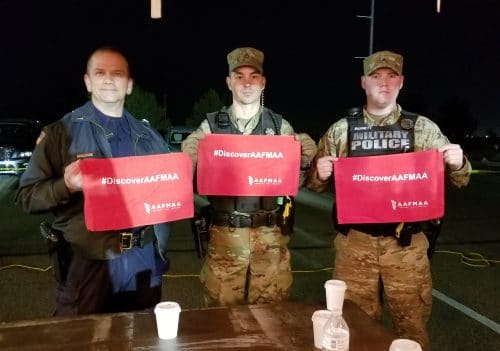 SpouseLink Ambassador Angel attended the Army/Air Force Pep Rally and bonfire, outside of The Hub on Ft. Carson on behalf of SpouseLink and AAFMAA, November 3, 2017. It was a brisk, chilly day, so Angel handed out hot chocolate and hot cider,which, she noted, went over very well with the crowd! If you’re wondering who won the game that day, it was Army!

As the winners, Army’s eagle mascot was perched on top of the bonfire. The fire was lit by the Army cadet who won the wings-eating contest. Sounds like a lot of fun, doesn’t it?

Check out the fun and warm up by the fire here: