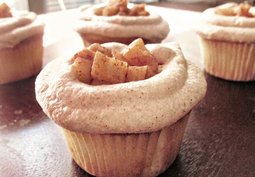 Ok, we are getting out of control with the sweets this holiday season! But come on, look at these things. Really? Apple pie cupcakes? Who thinks this stuff up!

Love the cupcakes but still looking for a classic apple pie recipe? Well, look no further. SpouseLink has one for you right here.