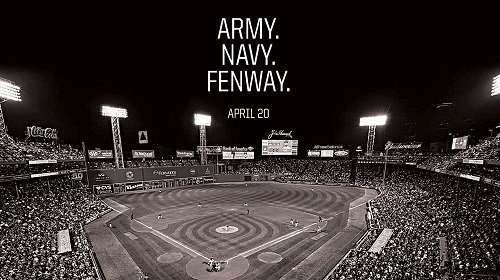 As if the Army-Navy series doesn’t have enough excitement, this weekend’s first pitch will be thrown out at one of America’s most famous and revered baseball stadiums: Boston’s Fenway Park.

After losing out on a bid to host Army-Navy football games — an honor awarded to Philadelphia’s Lincoln Financial Field, for now — the home of the Boston Red Sox will host the first in a three-game series between the two schools. The final two games of the series will play out in West Point during an April 21st double-header. All proceeds collected from ticket sales to the April 20th game in Boston will benefit the Home Base Program, a Red Sox Foundation and Massachusetts General Hospital Program founded in 2009 that helps servicemembers, veterans, and their families deal with the “Invisible Wounds” of war, including traumatic brain injury, post-traumatic stress, and other related conditions.

“Fenway Park is one of the most iconic ball parks in America,” said Navy head coach Paul Kostacopoulos. “Bringing the Army-Navy baseball game to Fenway Park and being associated with the Home Base Program is truly an honor for the United States Naval Academy.”

“It is an incredible venue to compete in against our biggest rival on the field but biggest ally off of it,” added Army head coach Jim Foster. “It will create lifelong memories for these future leaders of our country.” 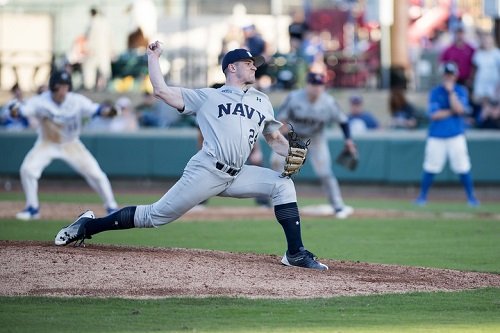 This won’t be the first time an Army-Navy game has quite literally taken the big stage. Earlier this season, Navy hosted the Black Knights at Baltimore’s Camden Yards for a snowy March 25 double-header. A portion of ticket sales for that game went to the Fisher House Foundation, which provides a “home away from home” for families of patients receiving medical care at major military and VA medical centers. Army swept Navy that day, winning both games of the double-header.

In 2016, Army and Navy were set to play a pair of basketball games at the famed Madison Square Garden in New York City. The men’s game was unfortunately canceled due to a blizzard. And, of course, the Army-Navy football game has taken over Yankee Stadium, the Rose Bowl, the Baltimore Ravens’ M&T Bank Stadium, and many many more.

No matter the venue or the sport, any Army-Navy matchup is bound to be a good one. In the shadow of the Green Monster, this is sure to be one for the ages.

The Midshipmen currently hold a slight edge over the Black Knights in the all-time series, 120-111.