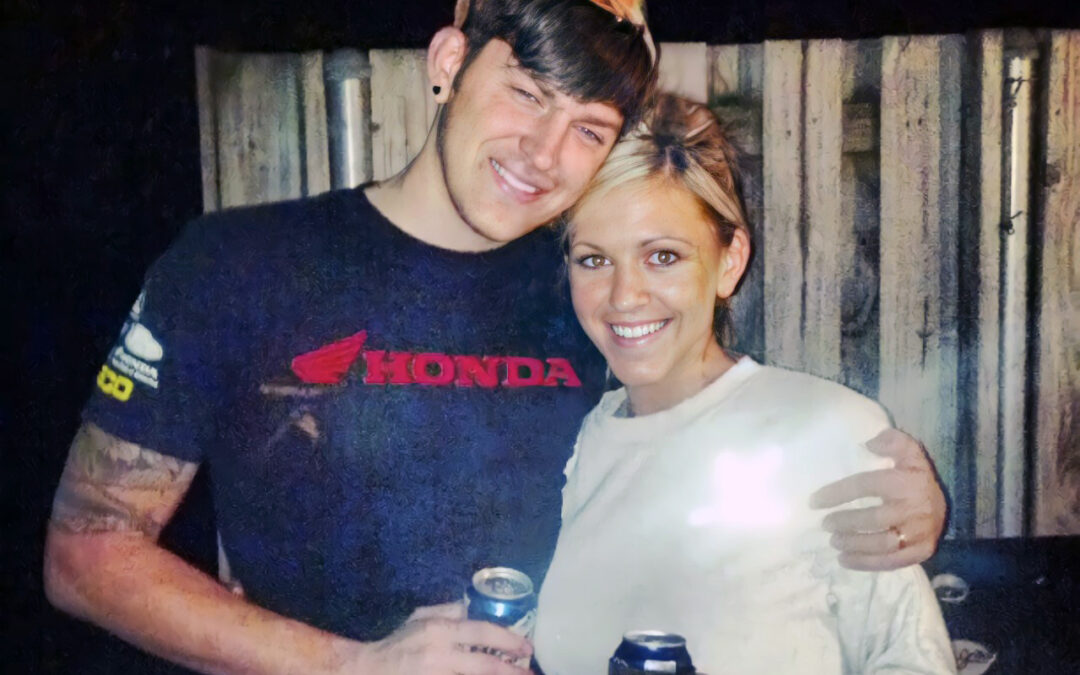 I was born in Mayaguez, Puerto Rico and started school there. My parents were both military, so moving around was normal for our family of five (mom, dad, older sister and younger brother). After PR, we moved to Hawaii and then Texas, which is where my siblings and I finished out our high school years.

My father started off in the Army as an MP where he met my mother who was also an Army MP. After seven years in the Army, my dad branched off to the Coast Guard and became a helicopter rescue swimmer. As an Aviation Survival Technician (AST),  he was able to perform extraordinary rescues, save many lives, be recognized by distinguished guests from all over the world, and has been cited with The Distinguished Flying Cross award for his heroism.

My mother also branched off and joined the Texas Air National Guard and was able to pursue her dream of becoming a special needs teacher for high school students. My mom and dad eventually retired from the military and, soon after my brother, her last child, graduated high school, she also retired from her teaching career.

Throughout high school, I was an overall great student. I was on the varsity cheerleading squad, the varsity golf team and a member of student counsel. I kept busy for the most part, but I was easily influenced. My best friend and the person I looked up to the most in my teen years was my older sister, Niki. She was seven years my senior and, from the age of 13+, she was who I wanted to be. She was gorgeous, smart and caring; however, she struggled with addiction. My sister Niki tried hard to follow the right path in life, but for some reason the friends she kept we’re always the wrong ones. She was also in the military and had joined the Air Force at 18. After those years, she became a Certified Nursing Assistant at a local nursing home where she adored her job and the elders she cared for.

One night in August of 2008, my mom and dad called me at 4 AM. My mom was hysterical and couldn’t get any words out, so my dad took the phone and said, “Niki is dead! Meet us at her house now!” At this point, I was shaking and crying, but also in the back of my mind I didn’t believe it to be 100% true because my sister had overdosed multiple times before this. She had always woken up afterward and I thought this day would be the same. When I arrived, there was no ambulance, just a single police car. My parents were there with my younger brother (he was 16 at the time). He had stayed the night at her house that night and explained to me that he had performed CPR and sternum rubs to no avail. When I asked where the paramedics were, they told me they had already come and left. Niki was gone. I fell to the ground crying in disbelief. Little did I know, this was a start to a rough few years ahead.

After my sister’s death, college seemed insignificant, but I had to do something. I came from a family of military stock and knew I could succeed. I joined the Air Force and moved to Yokota Air Base, Japan. It was beautiful, busy, and perfect for a young woman starting her life.

After a month of being in Japan, I met a group of Port Dawgs who showed me a good time off base. It was a group of all guys and although they were very nice, one guy in particular caught my eye as soon as I saw him. His name was John King. He was tall and extremely my type, but I was shy. I asked his friend about him and his friend told me HE was asking about ME as well! We really hit it off the first night and from then on we were inseparable. It was a whirlwind romance with many dreams of the future together. We talked about getting married and starting a family. I’d never felt that way about anyone in my life and I couldn’t get close enough to him. I wanted to know every detail about his life, what scared him, what motivated him, what he loved and what he didn’t. To my surprise, he wanted to know all these things about me as well.

One night, he took me to downtown Tokyo and we traveled all the way up to the top of Tokyo Tower and we marveled at the world within our view. When I turned around he was down on one knee asking if I’d be his bride. Soon after, we found out I was pregnant with his son, John James King III. Life was SO good, a little too good. I didn’t know what I had done to find a man that I loved so deeply who also loved and respected me just the same. We were a team, a partnership and our bond never wavered.

In February of 2013, my husband, our son and I were living on base at Joint Base Andrews in Maryland. Our son, John James, was around eight months old when I got a knock at the door one morning. My mother was visiting and tending to my son. She came into my room and said John’s first shirt (first sergeant) was there and needed to talk. When I got downstairs, she informed us that there had been an accident at work involving John and that he was in route to the hospital; HOWEVER, he was okay.

After a couple hours of waiting around with the first sergeant, she went out to her car for a phone call. About 30 mins later, she had changed into her dress blues, followed by the base commander and the Chaplin. All of them looked like they were “dressed to impress” in their dress blue uniforms and that’s when my mother started screaming, “Oh God, Natalee, No!”

I remember asking, “What is it? What’s going on?” and I started crying because my mom was crying. She was prior military and knew right away what was happening. I, on the other hand, just didn’t want to believe it. I had to hear it. As they made their way through my front door into my living room, they asked me to sit down. I sat down and aggressively asked them “TELL ME WTH IS GOING ON NOW!” And they responded with, “John has passed away.” For some reason, I couldn’t sit still. I immediately stood up off the couch and my knees gave in causing me to fall to the floor screaming. My stomach dropped, my heart was in my throat and I started physically throwing up. My body was sick and in pain. I looked at my eight-month-old son and couldn’t bear it.

I found out six months after his death that my husband was spotting a vehicle for another airman. This airman was not qualified to drive this vehicle nor did he know how to drive it. The airman claimed his foot slipped, causing my husband to be pinned against a wall. I read every horrifying detail and looked at all the photos in the accident report. This changed me forever.

The next four to five years were the hardest of my life thus far. After my husband was killed, I struggled with addiction. At first it was Xanax pills, but I shortly moved onto injecting meth. I was struggling through every aspect in life and no matter how many times I went into treatment, I would always relapse. One night I decided to try and take my own life by crashing my car into a light pole, totaling it. I had signed custody of my son over to my parents just in case my addiction ended my life and so I really felt like I had nothing left to live for. When this attempt didn’t work, I was then institutionalized once again.

I was in this deep, dark depression and addiction for almost five years when I met another amazing man. He was attentive and caring and he let me grieve my husband’s death freely and without judgment. When he met my son, I fell head over heels for him. Although it was a very different type of love than I felt with my husband, this man had my whole heart. We moved in together, he helped get me clean off of drugs and I ended up pregnant again with my second son. I felt like this could be my second chance, and it was.

I’ve been sober for over four years now, but I knew that just a single tragedy could send me back into a spiral. This fear of mine became a reality when my brother called me one day and told me that my dad shot himself in the head and survived it, losing his right eye in the process.

My father was diagnosed with ALS just three years prior and he was ready for it to end. When his attempt was unsuccessful, I moved my father into my home to care for him. Since he had ALS, he needed around-the-clock care, such as tube feeding, medications, shaving, nail filing, bathing, using the toilet, doctor visits, treating bedsores and the list goes on. It was hard work, but I wouldn’t change a thing. My father ended up passing away from ALS in February of 2021.

I was afraid of my own mind. I was scared this tragedy would send me back into a deep depression and drug abuse. Almost two years later, I’m proud to say I have remained clean and sober and, because I am currently working on my mental health with a provider, I’ve been able to steer clear of depression. I’ve implemented new tools to help me stay on the right path in life, like meditating and keeping my days busy.

I share my story and my life online today because I feel secure enough to start helping others who have gone through complex grief, mental health issues and addiction. I hope to be a person they can relate to and an inspiration for them to know anything is possible in life!

Natalee is an USAF Veteran and Gold Star Widow. She is a mother of two boys and spends her time raising her children and sharing her tragic story online to inspire others. You can connect with her on TikTok, or Instagram.