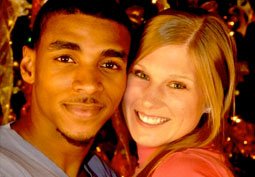 AURORA, Colo. — After fighting for his country in Iraq in 2004 as a member of the U.S. Air Force, and as a civilian contractor for nearly three years from 2007 to 2010, Maurice Lloyd — my husband — is now fighting the same government that sent him to war.

After being honorably discharged from the military in 2007, the Department of Veterans Affairs saw signs that Maurice had Post-Traumatic Stress Disorder and Major Depressive Disorder.

But, like many vets, Maurice was in denial. He accepted a contracting job in Iraq a few months after exiting the military. He worked there  for nearly three years. Upon returning to U.S. soil in August 2010, his PTSD worsened rapidly. He ended up chosing alcohol over continued visits to the VA.

The liquor fueled his increasing vivid nightmares, high anxiety, and paranoia. His inability to sleep soundlessly through the night, and the recurring nightmares, kept him up until all hours of the night.

Many mornings, I would wake up for work around 6 a.m. and find him either asleep on the couch downstairs, with all of the lights on, or still awake, sometimes drinking alcohol. This put a huge strain on our marriage. We began arguing more frequently.

In October 2011, Maurice left the house late one night. He would often drive around and listen to music to help clear his mind and relax. However, that night ended  differently than his usual late-night drives. I received a call during the early morning hours informing me that my husband was in jail.

I was stunned and scared.

I had no idea what could have possibly happened for him to be arrested. When I arrived at the jail to pick him up, Maurice looked like a deer in the headlights.

A psychiatrist who interviewed him for five hours shortly after the incident concluded that he had experienced dissociation, which occurs when the brain goes into a state of self-defense and suppresses a traumatic incident. In Maurice’s case, the psychiatrist strongly believes he was approached by the alleged victims and acted in self-defense.

It wasn’t until I contacted a bondsman that we learned what charges were being filed against my husband — six felony counts associated with the alleged robbery of three males at gunpoint. With a house and two vehicles paid for in full, Maurice had plenty of financial security and no prior criminal history. The evidence was sketchy and could point to him or the three alleged victims as the culprits, especially given the questionable statements given by the purported victims.

As his wife, I was terrified that I was going to lose him to either suicide or the system. Our anxiety and stress levels rose to dangerous levels. I was forced to bring him to the emergency room out of fear that he would kill himself. I also experienced an anxiety attack at one point from the stress placed upon us.

To date, we have spent nearly $80,000 in legal fees to fight the charges. We want to show the local district attorney who is prosecuting the case that Maurice’s illnesses are real, and their impacts are real. Without help from medications, counseling, and rehab, Maurice’s disabilities will worsen, and the odds of a future dissociative incident occurring will increase.

At this point, if Maurice accepted a plea, he would be sentenced to three-and-a-half years in prison. Our lawyers have requested that the sentencing be at the discretion of the judge, who has indicated that she understands my husband’s situation and wants him to get better.

However, the district attorney has said he does not want the judge handing down the sentence. He believes Maurice should serve time in prison, and feels the judge may offer him probation instead. Our only other option is to take his case to trial and hope the jury finds him innocent of the charges.

Maurice, who is free on bond, is facing anywhere from three and a half years — if he accepts the current plea — up to 25 years in prison, if convicted of all six charges. Sending him to prison will not promote healing, and will, in fact, increase the debilitating effects of the illnesses even more.

I know some of you probably feel that veterans sometimes use a PTSD diagnosis as a kind of “get out of jail free” card. In Maurice’s case, that’s not true. Aside from having two separate doctors — one in private practice, and a second from the VA — diagnose him with PTSD, Major Depressive Disorder, and high anxiety, his track record speaks for itself.

Not only is he an honorably-discharged veteran, he has no prior felonies, is financially secure, and has worked hard all of his life to be a better, stronger person. He was  enrolled in college courses at the time of the incident. He had received a job offer in the Middle East the day of his arrest.

Understanding the effects of these illnesses and offering alternative solutions such as probation, rehab, counseling, and medications — rather than incarceration — is the necessary first step. Many people suffering from PTSD already experience suicidal thoughts. Sending them to prison — where suicide is a leading cause of death — only creates more devastation for veterans, and their families.