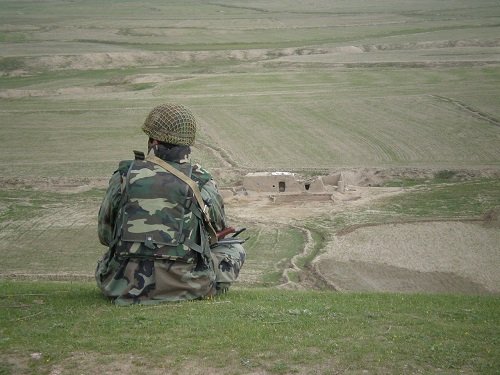 Those are just some of the words that come to mind when you think about the emotions a MilSpouse or servicemember may experience during a military career.

Military families are constantly on the move and deal with pressures that are seldom spoken about or addressed. Years spent away from loved ones, sleepless nights on the frontlines of war, and unforgettable images of poverty, death, and despair can take a toll on anyone’s mental health.

And guess what? This is completely normal. The problem with mental health in the military isn’t that servicemembers are experiencing these issues. The problem is that people rarely talk about them, acknowledge them, or take actionable steps to do something about them.

This is a hard subject to talk about. But unless we become educated about mental health, nothing will change. We will continue to lose beautiful lives to suicide, PTSD, traumatic brain injury, anxiety, drug and alcohol abuse, and depression.

It’s time to get real and start a discussion about mental health in the military. Here’s why:

Stigma: A mark of disgrace associated with a particular circumstance, quality, or person.

Those who suffer from mental health issues belong to one of the most deeply stigmatized groups in our nation today. Having a mental illness is often marked by shame, violence, or a deficiency in character. Some people believe that diseases associated with mental illness are preventable, or even brought on by the sufferer.

These stigmas prevent the affected servicemembers and their families members from seeking treatment.

According to the Centers of Disease Control and Prevention, “Nearly one in five American adults will experience a mental health disorder in a given year. Yet only 25 percent of people with a psychological condition feel that others are understanding or compassionate about their illness.”

Let’s talk about mental illness for what it is: a medical condition. Take it from the American Psychiatric Association:

“Mental illness is nothing to be ashamed of. It is a medical problem, just like heart disease or diabetes.”

Widely held perceptions about mental health are indeed, flawed. It is vital that Americans become educated on the topic and know that it remains a major problem.

According to USA Today, since the attacks on September 11, 2001, the suicide rate of active-duty servicemembers has more than doubled. There are approximately 24-to-25 suicides per 100,000, which is more than 20% higher than a comparable civilian population.

Previously, suicide statistics were posted each month by the US Army. However, this data is now published by the Pentagon on a quarterly basis and is often delayed for months at at a time. This prevents the spread of awareness about mental health and masks the prevalence of suicide in the military.

Experts worry that this is the “new normal.”

“The sense of urgency about this problem has started to fade away,” says executive director of the National Center for Veterans Studies at the University of Utah, Craig Bryan.

Moreover, many people are misled about the causes of mental illness and assume that deployment is solely to blame. Major studies, however, do not show a direct correlation between deployment and death rates. Suicide numbers have increased among non-deployed soldiers, too.

In order to truly understand the immense impact that mental health has on the military, we must examine the facts.

According to Psychology Today, nearly 25% of servicemembers display symptoms of at least one mental health condition. These individuals face a wide array of unique challenges including long separations from family, foreign combat, a loss of control, and uncertainty.

Did you also know that MilSpouses are at higher risk of mental illness and substance abuse, too?

In the fall of last year, the federal Substance Abuse and Mental Health Services Administration released a report that revealed prescription medication abuse, binge drinking, and mental illness are more common among Military Wives than their civilian peers.

“The relatively younger population of Military Wives partly explains the high levels of drinking, but the higher rates of mental illness might stem from the unusual hardships these women face — long periods of separation from husbands on deployment and the constant fear of those loved ones becoming injured or dying,” explains Carl Prine of The San Diego Union-Tribune.

In addition to a strong lack of knowledge and awareness about mental health in the military, servicemembers have limited access to treatment.

“Long waits at VA hospitals mean that many soldiers languish for months with serious symptoms of PTSD and depression,” explains Joel L. Young, M.D., a contributor to Psychology Today.

This isn’t the only factor that contributes to servicemembers’ reluctancy to seek treatment. Some military members believe that it could be detrimental to professional growth, while others fear being dishonorably discharged, which can affect benefits and employment opportunities.

Although government officials have tried to pass legislation that would increase psychological evaluations among recruits, there remains a strong lack of mental health screenings before, during, and after enlisting in the military.

Military members themselves may not even realize that they’re suffering from these imperceptible wounds of war. Establishing a benchmark for each individual would help servicemembers, their families, and medical professionals take action when they observe significant behavioral or emotional changes.

A major problem remains: even when new programs are rolled out to address the growing mental health issues within the military, the results are not assessed adequately to prove whether or not they were effective in improving knowledge and awareness.

“Nobody in the field wanted to wait for evidence-based prevention efforts. They just wanted to do something,” explains Carl Castro, a retired Army member who now works as a psychologist.

The first step in addressing the mental health crisis is to reduce the stigma. Remember that mental illness is a medical condition that can affect anyone. Take the time to research signs of mental illness and make a point to have emotional intelligence when it comes to your own behavioral patterns.

Write to your local military branch and express your concerns about military mental health screenings, privacy, and the ability to seek help outside the military health care system.

Remember that our servicemembers fight for our freedom every day: it’s time to help free them from the captivity of mental illness.

A few more ways to regain your balance:

AAFMAA Webinar: Protecting Your Finances During the COVID-19 Crisis