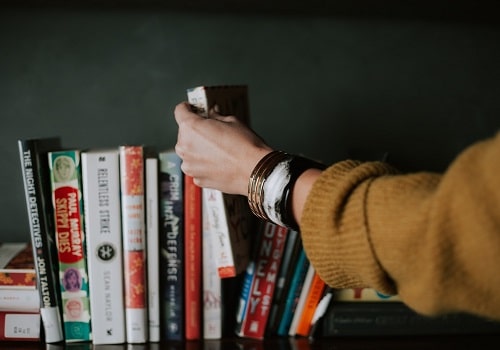 Military life can be unpredictable. Moves are frequent, so it can be challenging for MilSpouses to set down roots in new communities. One way to make fast friends, though, is to join a local book club. Not only are you exposed to exciting reads, but you’re introduced to a new group of friends you can bond with over shared ideas and experiences. There are even online book clubs available if you can’t find a local club in your area!

Looking for book club recommendations to suggest in next month’s meeting? Here’s a list of 7 book club reads you and your fellow MilSpouses will love: 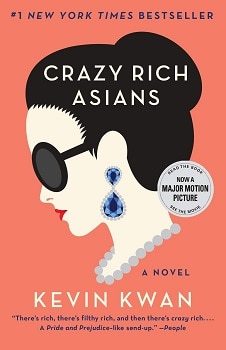 1) If you swoon over romance…

You have to check out Crazy Rich Asians (if you haven’t already!). Made popular by the award-winning major motion picture which premiered in the summer of 2018, Kevin Kwan’s trilogy is the perfect series of romance reads to help you escape from your busy life.

Crazy Rich Asians, the first novel in the trilogy, follows the story of New Yorker Rachel Chu, who agrees to spend the summer in Singapore with her boyfriend, Nicholas Young, in order to get to know his family. However, her expectations of meeting a quiet, humble family could not be more off-base.

When Rachel discovers that Nick’s family is actually royalty, and that he’s the country’s most eligible bachelor, she has to figure out how to navigate his world of money and menacing social climbers in order to stay in his mother’s good graces. 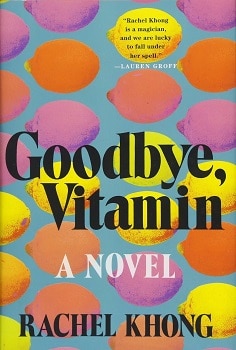 2) There’s nothing more important than family.

In her breakout hit, Rachel Khong’s Goodbye, Vitamin explores the complexities of the relationships between adults and their parents.

Goodbye, Vitamin observes the year-long journey of a woman named Ruth as she moves back home to help her mother care for her ailing father, who is in the early stages of Alzheimer’s. Told in a diary format, the reader follows Ruth as she comes to terms with her father’s illness and forges a new bond with her mother in the process.

This deeply funny yet heartbreaking tale perfectly exemplifies that the simple things — love, family, and friendship — really are what matter most in life. 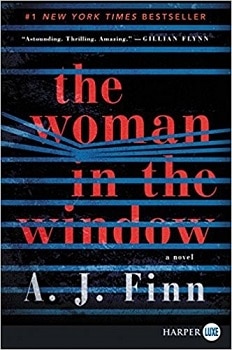 3) Looking for a thrill?

If you’re a fan of suspense novels like Gone Girl and The Girl on the Train, then The Woman in the Window by A. J. Finn. is a top book club recommendation. Anna Fox is a paranoid agoraphobe who spends her days obsessing over old thriller movies and spying on her neighbors through her apartment window. But when Anna sees something she shouldn’t one night, she must figure out what’s real and what’s a product of her own imagination.

The Woman in the Window takes you on a wild ride full of twists that will leave even the most expectant reader in shock.

And the excitement doesn’t stop at the turn of the final page — a feature film based on the novel is set to be released this fall! 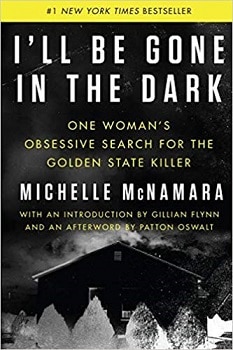 4) Trust us — you’re not the only one who loves true crime.

True crime is quickly becoming one of the most popular genres in entertainment, from TV shows like The People v. O.J. Simpson: American Crime Story, to podcasts like My Favorite Murder, to books like Michelle McNamara’s I’ll Be Gone in the Dark.

I’ll Be Gone in the Dark follows the case of the Golden State Killer, a moniker McNamara herself coined. McNamara first became interested in the case back in 2013 and wrote an article about the serial killer for Los Angeles magazine, which then led to a book deal with HarperCollins.

McNamara died suddenly in 2016 and had been in the middle of her search for the killer’s identity at the time of her passing. Her book was ultimately completed by crime writer Paul Haynes, investigative journalist Billy Jensen, and McNamara’s widower Patton Oswalt.

Released posthumously in February of 2018, I’ll Be Gone in the Dark reached the top of The New York Times Best Seller list for nonfiction. If you’re a fan of true crime, this book needs to be next on your list. 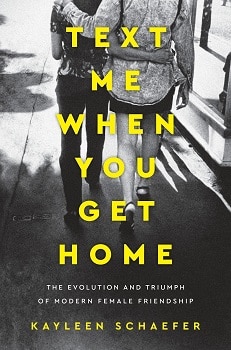 5) Celebrate the power of friendship.

In today’s era of female empowerment, particularly in pop culture, Kayleen Schaefer’s Text Me When You Get Home is a call to reclaim the power of female friendship.

Women competing with one another and treating each other cruelly is a narrative not just told on TV. It’s become a common stereotype within our society — one that Text Me When You Get Home aims to reject.

Schafer’s interviews with more than one hundred women explores the reality of relationships between girlfriends and how pop culture is in the midst of a shift to reflect the truth of female friendship.

This book is a heartfelt expression of appreciation for some of the most important relationships in a woman’s life — the ones built between best friends. 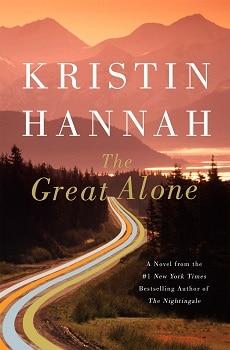 6) Dive into something a little more serious.

The Great Alone by Kristin Hannah is a story centered around the resilience of the American family and its fight for survival in a world of the unknown.

Ernt Allbright is a former POW, whose volatility leaves him unable to hold down a job upon his return from Vietnam. In an attempt to escape the society that rejects him, Ernt makes an impulsive decision to move his family to Alaska to live off the grid. Ernt and his family learn, however, that the wilderness is not nearly as perilous as human fragility.

A beautiful story of love, loss, and the dangers of both nature and man, The Great Alone is one of those reads you won’t be able to put down. 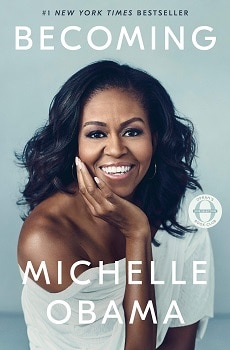 7) Learn from the experiences of others.

As one of the best-selling books of 2018, it’s no surprise that Michelle Obama’s Becoming made the list of book club recommendations.

Her memoir serves as an excellent example of storytelling and personal reflection as she takes deep dives into her most formative life experiences, from growing up on the South Side of Chicago to her years as a working mother and, of course, her time spent in the White House.

Michelle Obama’s honesty and charm as she recounts both her proudest accomplishments and most disappointing defeats exemplify the life of a woman who made her own rules and defined her own success.

Whether you’re living your best life or looking for some much-needed inspiration, there are many valuable lessons that Becoming has to offer.

No matter what genre you like best, there are plenty of amazing books that would make excellent book club recommendations, including some new releases in 2019. Happy reading, everyone!

More for Your Reading Pleasure: