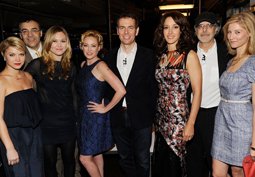 YouTube has 40 to 50 channels devoted to different audiences, and now it’s turning its attention to women.

YouTube plans to spend $100 million to attract other Hollywood elite to create programming for its various channels. It has also partnered with the US Olympic Committee to launch an Olympics channel called TeamUSA and with Tribeca Enterprises to create a channel called, the Picture Show.

YouTube’s not the only major tech company pushing to bring original programming to the web. Amazon plans to develop original comedy and children’s series with its Amazon Studios initiative.

With advertisers shifting more of their dollars to the digital space, this could very well be the end of the traditional TV experience.