“Zero Dark Thirty” May Not Win 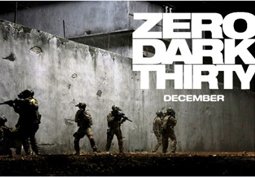 The second phase of Oscar voting, between the announcement of the nominations and the celebration of the final decisions, can be a busy time for Hollywood studios. Though bound by strict regulations, they have about a month in which to sway Academy voters. But for Sony, the studio behind Zero Dark Thirty—which is nominated for Best Picture, Best Actress Jessica Chastain and Best Original Screenplay by Mark Boal, among other awards—the usual campaign offense has turned defensive.

Although the movie, about the CIA‘s hunt for Osama bin Laden, roundly won the box office race in its first weekend in wide release, it has been dogged by controversy since before it ever appeared in theaters, due to questions over whether director Kathryn Bigelow and screenwriter Mark Boal had had inappropriate access to confidential documents during their research for the project. That dispute was cleared up—Mark Boal has said that he received no classified information, as the Huffington Post reported in November—but a new one has emerged now that audiences have actually gotten a chance to see the film. Zero Dark Thirty includes graphic scenes of torture, leading some to believe it implies that such violent interrogation methods were instrumental in the eventual success of the CIA mission. (TIME’s Massimo Calabresi has explained that the report on that link remains classified, but that Senate arguments that torture did not lead to bin Laden’s capture are persuasive.)

Critics, writers and activists have grappled with whether Zero Dark Thirty glorifies torture. Viewers are told that the film is based on first-hand accounts and real events, so what does it mean if it shows waterboarding that works, even if that’s not the case in actuality? Is it still just a movie—or something more sinister?

Since the movie was first released, many have come down on the latter side, arguing that the filmmakers gave up their right to use the just-a-movie card when they pulled the based-on-a-true-story one. Writing in The New Yorker, Jane Mayer made the case that the film leads audiences to believe the torture-capture link is true and thus endorses the interrogation techniques it depicts. The New York Times‘ Frank Bruni wrote that ZDT is both “the movie of the year” and “the political conundrum of the year, a far, far cry from the rousing piece of pro-Obama propaganda that some conservatives feared it would be.” Human Rights Watch issued a statement that, because of the movie’s false implications about the utility of torture, the CIA ought to declassify information that would make this case. As Richard Corliss has written about for TIME, a group of “Gitmo lawyers” represented by the Center for Constitutional Rights encouraged Academy voters to exclude the movie when voting, on the very day that Bigelow was surprisingly left out of the list of nominated directors. The movie’s Washington, D.C., premiere event came complete with a picket line. (Others, such as Marlow Stern at the Daily Beast, have argued that the debate is moot because the movie doesn’t actually show torture as particularly helpful.)

The government got in on the debate, too: in December, three senators on the Senate Intelligence Committee told Sony‘s CEO that the studio ought to clarify that ZDT is a work of fiction and that the game-changing information about bin Laden’s whereabouts came without any torture, since audiences would be misled. (In a separate letter requesting access to documents that the CIA gave to Boal, which can be read in full on Deadline, the senators also put forth the possibility that Bigelow and Boal may have been the ones misled, if they were made to believe that coercion was instrumental in the investigation; it’s an unconfirmed possibility that might explain a bit of the juxtaposition between the movie’s journalistic presentation and the filmmakers’ later statements emphasizing the fictional nature of the story.)

And now Academy members have to decide whether awards-season support for the movie would mean support for the interrogation methods it shows. Some of those voters already have strong views on the matter.

On Jan. 9, Academy member and actor David Clennon published an op-ed on the website truth-out.org about how he would not vote for the movie because of what he called promotion of torture:

Everyone who contributes skill and energy to a motion picture — including actors — shares responsibility for the impressions the picture makes and the ideas it expresses… Torture is an appalling crime under any circumstances. Zero never acknowledges that torture is immoral and criminal. It does portray torture as getting results.

Clennon adds that disclosing his voting intentions could get him booted from the Academy but that he wanted to go public anyway. On Jan. 12, according to the Hollywood Reporter, the actors Martin Sheen and Ed Asner publicly joined the cause. Asner then told the New York Times that he wanted to “condemn” the movie, that he hoped that the Academy would not reward those behind its creation and that he planned to add his name to an open letter encouraging a conscience-based voting boycott of Zero Dark Thirty.

In response, Sony co-chair Amy Pascal issued a statement invoking Bigelow and Boal’s artistic freedom. As published on Deadline, she said that the movie “does not advocate torture,” that the studio is “outraged” an Academy member would push a political agenda onto the awards, that any boycott would be “an affront to the Academy and artistic creative freedom” and any “attempt to censure one of the great films of our time should be opposed.”

That anti-censorship (and anti-censureship) argument is at the heart of why an Oscar boycott may be more significant to Zero Dark Thirty‘s place in history than anything a critic or a CIA agent or an advocacy group can say. TIME’s James Poniewozik has written about the difference between a great movie and a morally good movie, and whether a film might possibly be cinematically successful but ethically ambiguous. Many artists think this is possible, so the threat of a morality-driven Oscar boycott is particularly controversial.

And to be based on a true story—a claim made by Zero Dark Thirty‘s creators—can mean a variety of things when it comes to a feature film. Kathryn Bigelow has told TIME that the movie is clearly “not a documentary” and Mark Boal emphasized that his real research had to be sculpted into a good movie rather than a list of facts. In a separate interview, the two also told TIME that the non-documentary aim had been there all along: “We understand that there’s going to be a lot of people working on this, a lot of people writing about it, a lot of reporters working on it, a lot of great books will be done, a lot of books have been done—and hopefully we’re consistent with that. But what we really want to do is make a film that stands the test of time and not necessarily settle every journalistic question,” Boal said.

Academy members will eventually put their votes where their mouths are, announcing whether they think it matters that a work of fiction might possibly mislead audiences about torture. A movie that gets at deep questions like art-versus-truth can generally be said to be doing something right, but in Zero Dark Thirty‘s case that profundity may end up smarting.