Why We Eloped — 5 Military Spouses Share Their Elopement Stories 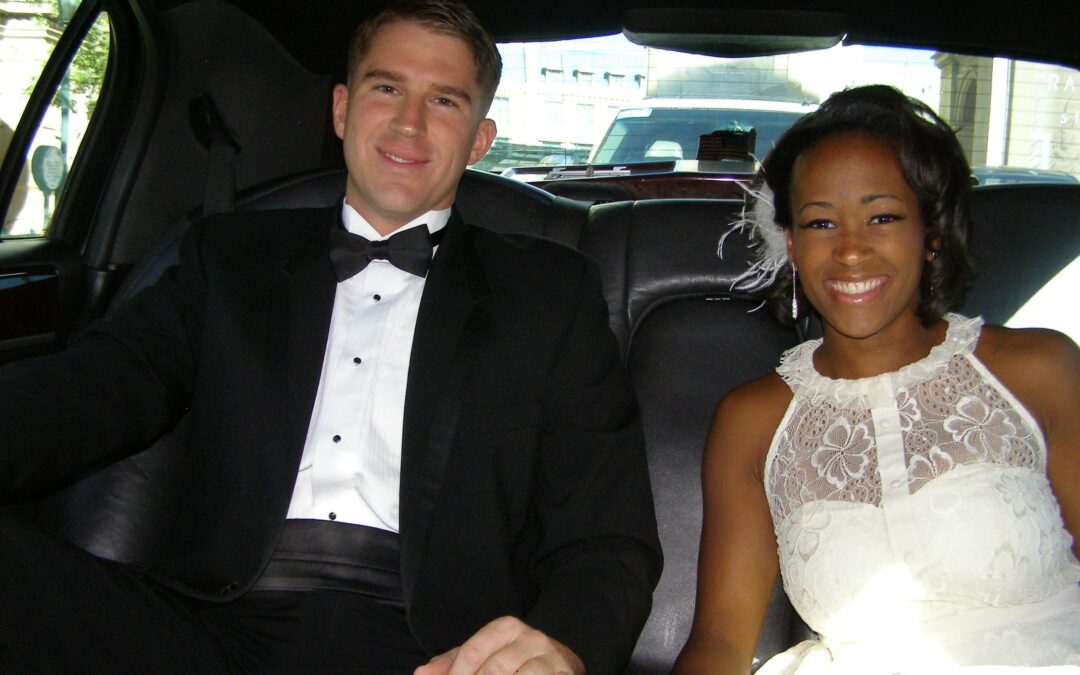 Between deployments, long-distance relationships, plans getting changed a million times, moving every three years, and just everyday military life, it can be a challenge to plan your military wedding. For these reasons, eloping in the military community is more common than you may think.

Military elopements are faster, less expensive, less stressful, and exciting. Besides, what’s more romantic than “running away together”?

Here are 5 stories — and some advice — from those who have experienced it all first-hand.

Something unique about me is that I was born and raised in Montréal, Québec, Canada; however my family is from Barbados. In 2010, I was on vacation visiting my family there where my cousins, older sister, and I rented a villa for two weeks. On our first night, we decided to go out, and I just so happened to meet Cory, my now-husband. We talked all night until the bar closed. (Sidenote: Yes, our relationship started in a bar, and so did the Marine Corps)!

Things with him were just different, and I knew that I couldn’t let him go. So, I asked him for his number. Yes, you read that right! He couldn’t give it to me for security reasons, so he opted for his email! I emailed him that very night. I didn’t know that he was a Marine until the end of the night. While on vacation, Cory and I went out on several dates and got closer as the days went by.

When I returned home to Canada, we had a long conversation and we decided to date long distance. Cory and I dated for 3-and-a-half years before we got married. It was tough, but we made it work. When he proposed in 2013, I knew that I would have to leave my family behind. So, we eloped in Las Vegas, Nevada, and were married by Elvis. Also, we didn’t have a lot of money, and I never wanted a BIG wedding.

Our wedding day was short, to the point, and fun. We had a wedding reception and went out for dinner with our closest friends. We don’t have a lot of photos, but I treasure the memories. I wore my blue suede shoes, and our names were on the billboard!

Cory and I have been married for almost 8 years, come this September. We are getting ready for a new adventure and very excited to see the seeds we planted grow. I wouldn’t trade how we got married for anything. I would have loved to have our parents there, but, given the circumstances, we couldn’t. We plan to do a vow renewal soon to incorporate them.

John and I met through our family; his brother is married to my cousin. Before they got engaged, his brother wanted her to meet all of his siblings (there are 6 of them), 1 being a twin named John who lived in North Carolina. My cousin and his brother thought we would be a perfect pair/friends (even though I lived in Florida). After a few Blackberry message exchanges, he decided he was going to take a drive down to meet me. Well, our families were right — we were really fun together.

We quickly knew we wanted to be together and hated being apart. We both were far from tradition, so the topic of marriage was never really brought up… until one weekend at the most magical place on earth (Disney World) in front of the castle, where he decided to propose.

After living with each other for a year, we decided to elope. We didn’t want to tell our family or friends because, at the time, we thought we would plan for a big wedding someday. But as time went on we both just wanted to be husband and wife. One sunny Tuesday morning, John and I drove to the court house in the small town we were stationed at and exchanged vows.

It wasn’t my “Pinterest” wedding, but a day that I will always remember, just me and him and a little old man (the judge). Afterwards, we went for lunch at our favorite cafe where we split a chocolate croissant and took a stroll downtown. 11 years have passed since that sunny Tuesday morning and we always talk about renewing our vows with our family and friends — maybe someday!

My husband Shane and I met when we were both Captains in the U.S. Army. We were both stationed in Camp Carroll, South Korea at 23rd Chemical Battalion. I was the personnel officer and he was a company commander. My job was to review all written forms and awards before they went to the battalion commander. Company commanders have to do a lot paperwork and Shane could not write. So, as a result, he spent much time in my office while I proofread and corrected his submissions. He felt so bad about how much time I spent on his files, he started buying me dinner! Hence where our love story began.

Everyone does 1-3 years in Korea based on their job description and role. It was time for us to move on to our next duty assignments. After 2 years, our relationship was beyond just professional and we were engaged. We both reached out to our branch managers to try to coordinate our next assignment together, but was not guaranteed without being married. We already had a wedding planned stateside, but really did not want to start off our marriage being geographically separated. So we decided one crazy weekend to get married at the American Embassy in Seoul, South Korea. It was a hot day in June and we both had our Birkenstocks on. We had our honeymoon at the nearest hotel to the Embassy.

Funny story: On our 10-year anniversary, we had just PCS’d with our boys back to Seoul, Korea and took them to the Embassy for fun.

I was introduced to Jordan by a close friend who always thought that we would make a great couple. At the time, I was going to school in Maryland and he was stationed at MCAS New River in Jacksonville, NC. We talked online for close to 6 months and become really good friends. We met when I was visiting my friend during a long weekend I had off school and Jordan had a 96. Shortly after we met in person, our relationship became more serious and we decided to test out a long-distance relationship and see how it went. I put thousands of miles on an old Kia Spectra just to visit for 2-3 days on weekends when I could get away between classes and waitressing shifts.

Jordan and I started to talk about marriage shortly after he returned from a deployment to Afghanistan. By the time Jordan officially “proposed,” we had already been to the marriage class on base and were all set (I’m a little bit of a planner), so it was a formality to make the announcement public and put a ring on it. We decided to go ahead and elope because we didn’t want to leave any of our family out, and the logistics of planning something that fit everyone’s schedule on short notice wasn’t feasible — we both have big families. We thought “why wait?” And so we went to the courthouse and made it official.

Our first anniversary fell on a beautiful Saturday in September and we were able to plan a celebration to share our wedded bliss with our family and close friends. One of the pros for us was to have an incredibly intimate marriage ceremony without the pressure of being on stage in front of 100+ guests. By the time we had our “wedding,”’ there was no pressure and we just enjoyed a beautiful day surrounded by the most important people in our lives.

I was at my college’s Communication office, as an intern, when this handsome rugged man walked in. Ben (coming to visit his sister, who worked with me), had recently returned from living overseas and had wild stories to tell. I was smitten. After casually seeing him in the office and around campus a few times, I mustered up the courage to invite him on a camping trip to Yosemite National Park. We ended up hitting it off and, a few months later, he officially became my boyfriend.

Less than a year later, Ben told me he was going to join the Army. He was scheduled to leave for basic training in 4 weeks.

Well, we were at a crossroads — we were either going to get married or break up. We chose the former, and decided to elope. I had a few contingencies to an elopement — I had to wear a white dress, it had to be outside, and I had to have a photographer. 48 hours later, I was saying ‘”I do.”

We got married on July 2, 2015 at Vasquez Rocks, California with his mother and sister in attendance. It was the most perfect day. I made Ben’s ring out of twine and I picked roadside flowers on our ride to the location. We arrived in separate cars (me with his mom and Ben with the pastor); the ceremony was followed by a small reception at a remote French Restaurant, called Le Chene.

My only regret is that my dad wasn’t there to walk me down the aisle — but, other than that, I wouldn’t change a thing. It truly was the best decision I ever made.