Why Hiring Veterans Is Good for Business 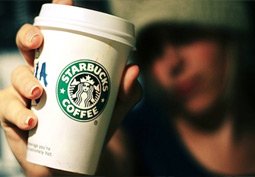 By: Howard Schultz, Chairman and CEO of Starbucks

America’s wartime heroes and their families need our help. That’s what I thought recently when I sat down with a 20-years-plus military veteran who won more than 30 medals during a dozen combat deployments serving his country. Behind a powerful physical presence is a father, husband, leader and buddy who is struggling with the inevitable re-entry into civilian America.

Now, his family’s sacrifice continues. He suffers from post-traumatic stress disorder, is adjusting to life at home and still hasn’t found work, despite the discipline, leadership and adaptive learning skills he acquired from military service.

There are thousands of combat veterans just like him among the 2.5 million 9/11-era veterans who are facing a range of trying challenges as they make the transition to civilian life. In fact, over the next five years, another one million servicemen and women will return to civilian life as our military drawdown intensifies.

If we assume that the government has a clear strategy for the social, emotional and economic integration of these vets, we’d be wrong. We’re not ready for them. While there are effective programs in place, together they make up a patchwork that’s simply too small and fractured.

It’s time for the rest of us to get personal about the aftermath of war. If you were among the many who may have opposed the wars but supported the troops, this is your chance to step up.

A few years ago, my wife, Sheri, and I began a journey to learn more about our all-volunteer military. We’ve visited the U.S. Military Academy at West Point. We’ve had a number of conversations with former Defense Secretary Robert Gates, who is on the Starbucks board of directors. And we have spent time with distinguished retired military leaders, veterans and active-duty service members, all of whom have sparked our conscience about our personal responsibility.

Here’s what Sheri and I have learned so far: The experience, discipline and mission focus of these men and women are national assets, yet this generation of veterans has unemployment rates nearly double the national average. We’ve also learned that 20% of combat veterans self-identify as having post-traumatic stress while nearly half say they know someone who has tried to commit suicide.

Here’s what we are going to do. This week, the Schultz Family Foundation is making an initial pledge of $30 million to mobilize leading practitioners and researchers who will help veterans make a productive transition to the civilian workforce, and who will study and remedy the consequences of post-traumatic stress and traumatic brain injury.

We hope that our effort, along with the efforts of many others, will set off a contagion of commitment and an epidemic of understanding.

Commitment means that the 99% of Americans who never served in the military must find more ways now to match the contribution that the uniformed 1% have made. Businesses can do this by hiring veterans. Starbucks and other companies have announced plans to hire thousands of veterans over the next few years. Citizens can do it by building more programs to help veterans apply their remarkable skill set—leadership, grace under pressure, teamwork under the most complex circumstances—to civic life. Think of how our neighborhoods, our cities and our national politics could change if we put more veterans in charge.

Which brings us to another imperative: to change how people see and understand this generation’s veterans. Understanding means bridging the empathy gap between civilians and veterans.

Many civilians, for their part, don’t know how to engage veterans on a personal level. Our society has gotten very good at expressing generalized gratitude—at sporting events, at airports, in advertising. Americans also have done a good job of expressing compassion for wounded warriors, and supporting the families of those who’ve been harmed by war. Compared with previous eras, today’s combination of gratitude and compassion represents progress.

At the same time, it’s just not enough. One message I’ve heard from many vets is that civilians too often perceive them either as superhuman heroes or as needing charity. There are many veterans, of course, who fit both perceptions. But there are many more who simply want to be contributors at home just as they were contributors abroad—vets who don’t want to be idolized or pitied but judged by their actions, experience and capabilities.

The Greatest Generation of the World War II era was truly an entire generation—tens of millions of Americans who fought or who were activated on the home front in an all-out war. This generation’s wars were different, fought by relatively few service members, all of them volunteers, while the home front paid gradually less attention. It’s time to pay attention again. And it’s time to recognize that this era’s veterans have a chance to be our nation’s “catalyst generation”—people whose patriotism and effectiveness, honed and proven, can now spark in all of us a renewed spirit of citizen responsibility and power. Let’s give them that chance. With commitment and understanding, let’s help our veterans help America once again.