When Legacies Became Ash: How Millions of Military Service Files Were Destroyed 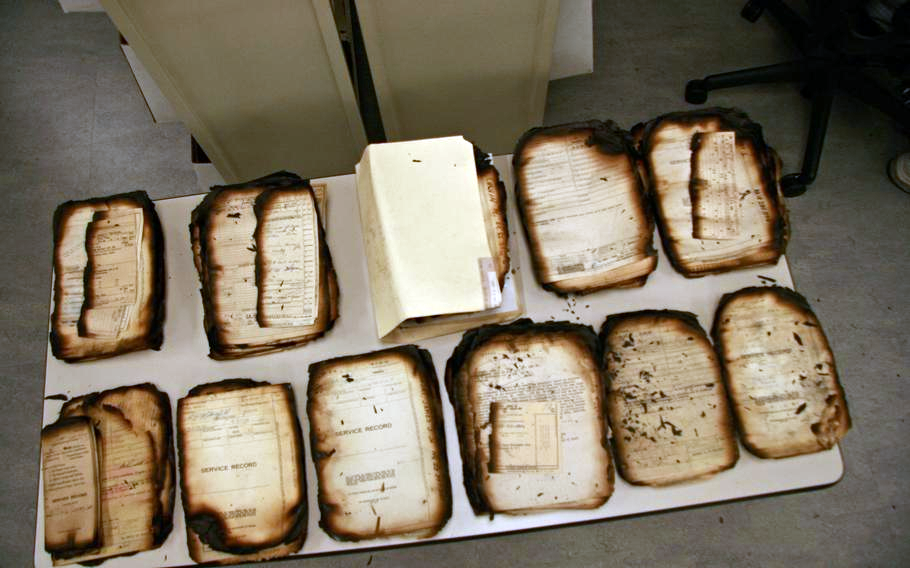 Until recently, the practice of digitizing information was more of a promising novelty than a widespread reality. Information that was backed up electronically in hard drives was still less reliable without the security of cloud-based fault tolerance, which is basically when your Apple account can restore your apps, photos, and other data by transferring it to a new iPhone by using your iCloud account, which is used to keep a synced backup of everyone on your device — even if your previous phone broke suddenly.

ARPANET, the precursor to the modern internet, had only been launched about four years prior, and it would be years before networking computers could reliably (and securely) be counted on to back up vital data: including personnel documents.

If you have a fireproof safe, there’s a good chance that the items inside that are most precious to you are not precious metals or other similar valuables, but documents, photos, certificates, and official paperwork.

Today, our one-of-a-kind, original legal documents and our authentic records of identity, accomplishment, and heritage are often made of material as fragile as paper, plastic, and ink. Even if each of these items is digitized securely in your firewall-protected personal cloud and similarly stored in a network of overlapping government databases, it would probably still feel like a devastating loss if the contents of that safe were suddenly destroyed.

In 1973, the Unthinkable Happened

The National Personnel Records Center (NPRC) is situated in Overland, Missouri. It was there that a structural fire broke out in 1973 that destroyed 16 to 18 million Official Military Personnel Files (OMPF) representing the preserved service history and official records of military personnel discharged any time between 1912 to 1964. The loss wasn’t merely a safe with original birth certificates or a shoebox of family photos (which would still be tragic); the ramifications of this calamity continue to this day.

Another good overview of this fascinating yet tragic moment in the history of American military archives can be found at The History Guy on YouTube.

The source of the fire could not be determined with any certainty, but the damage was catastrophic. Army personnel records were hit the hardest due to the path of the fire – and the flow of water. In addition to the blaze itself, a great deal of damage to the documents was due to the water needed by firefighters to stop the flame.

The choice to not implement a sprinkler system in the facility had reflected an ongoing debate about whether fire or water posed a greater hazard to precious documents like these military records. In the aftermath of the catastrophe, a library’s worth of precious personnel history had been all but eradicated due to both fire and water.

Even before the smoke had cleared completely, efforts and plans to salvage and restore as much as possible were underway. With the majority of the records having no duplicates or microfilm, every page and scrap, no matter how small, could be vital in piecing back together a portion of what was otherwise lost forever.

Collaborative efforts between agencies began immediately, fueled by the urgency of military and civilian individuals who understood what was at stake. Those looking through the rubble knew that every hour and minute counted as they tried to rescue, dry, and clean millions of damaged but partially intact documents that were now caked in ash and soaked in water.

The recovery teams were resourceful given the limitations they faced. NPRC teams used milk crates to transport the water-damaged documents to facilities where they could be dried and collated. The workers made use of Vacuum-drying facilities owned by McDonnell Douglas Aircraft Corporation, which were located relatively close to St. Louis, Missouri.

It’s clear there is an ongoing duty to protect the dignity of the records that detail and certify the sacrifices and service of so many American military personnel. However, the practical ramifications of the disaster were also immediate and ongoing.

Even now, issues related to Veterans’ benefits, entitlements, and other programs affected by an individual’s history of service have been stymied. From repeated inconveniences to outright denial of benefits or services, Veterans and their families have had to jump through hoops and face stress even to simply recover acknowledgment of what never should have been forgotten.

So much has been learned and debated because of the catastrophe. In the years and decades following, new procedures, technology, and safeguards have been put in place to protect such records. One lesson that can be emphasized for all of us is the need to protect, preserve, and when possible — duplicate vital records and documentation.

As recently as 2019, an arsonist did some damage to the exterior of the National Archives Building in Washington, D.C. Thankfully, no person or record was harmed, but it does remind us that in addition to accidents and the ravages of time, we must also protect vital data from bad actors who understand how our stored information and records are at once both fragile and precious.

How to Avoid Catastrophe

Stories like these are what make storage solutions like the AAFMAA Digital Vault so important. It’s a benefit of AAFMAA Membership that provides you access your own Digital Vault, a private storage space with 24/7 global, online access to your family’s most important and essential documents. Protected by an additional level of encryption that complies with security measures and best practices as defined in the Federal Information Security Management Act (FISMA), it’s a smart way to secure the documents and data that matter the most to you and your family.

What should you store in the AAFMAA Digital Vault?

Protect all of your crucial documents regardless of format, including marriage and birth certificates, Form DD 214, wills, power of attorney, life insurance policies, and more. Then, let your family members know where these documents are, should they ever need them.

More Ways to Prepare for the Future: