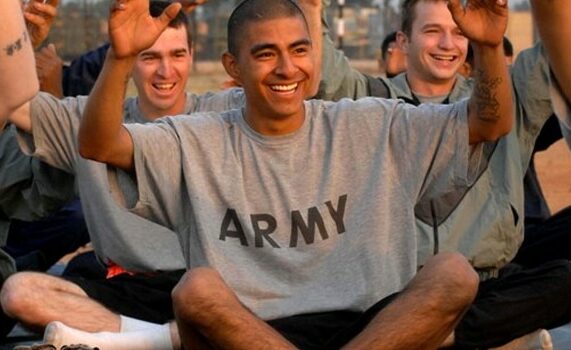 Sunday, April 5, 1999. A couple of friends and I took the bus into the city center and hit one of our favourite bars. I clearly remember my outfit: black lacy underwear bought the previous year while on vacation in Chicago, a black sequined dress given to me by my dad for Christmas, knee-high black suede boots. Little did I know that I’d be cut out of those clothes before the night was out. I was a bright-eyed 19-year-old whose life was about to be violently interrupted.

We had a great time in the bar and many pints of Guinness were consumed. Later in the evening, high on stout and the buzz of good times, we took a bus to a nightclub to meet up with a bunch of friends. More drinks were consumed and we danced up a storm. A friend from our village was there and we all piled into his car for the drive home. We were all pretty loaded. The last thing I remember was snuggling into the back of the car with two other friends before I passed out.

I woke up some time later in a speeding ambulance, sirens blaring. A kindly paramedic explained to me that I’d been in an accident and had sustained multiple fractures and a concussion, as well as extensive cuts, bruising and a punctured lung. I was seriously injured and they weren’t yet sure how badly.

I have never remembered the time I spent trapped underneath the car on the side of the highway while my friends stood around desperately unable to help me, or the priest who stopped and blessed me. Nor have I ever remembered being cut out from underneath the car by the fire brigade. I do remember being asked if I could move my toes at one point, as the doctors were afraid I might have been paralyzed. Fortunately, I could.

I spent five days drifting in and out of a coma. There were several tubes in my left arm and breast to drain off blood and fluid, which was necessary before the surgeons could operate. It was very difficult for me to come to as the pain was excruciating. Beyond excruciating — it was unimaginable. Because I had sustained a concussion, they were unable to give me any painkillers. My mother helped me by breaking the time in minutes: just one more minute, that’s all you have to stand. It was the only way I could hold on.

I was discharged after three weeks in hospital and thus began my long recovery. Because I was young and healthy, physical therapy worked particularly well. But the psychological residue was devastating. I had been told in the hospital to expect to have PTSD (post-traumatic stress disorder), but I don’t remember being offered any tools to deal with it. I do remember being absolutely terrified anytime I got into a vehicle. My knuckles would go white and I would break into a sweat anytime a bus I was on rounded a corner and I couldn’t sleep in a car or bus, no matter how long the journey. My nervous system was completely amped and I didn’t even know it. Low-grade anxiety was the new normal. I suppose that’s understandable, given what happened to my body. I had yet to learn that, just like a tape recorder, our bodies remember everything that happens to them.

Fast-forward several years to the time I began practicing yoga. I began to feel safe in my body. Weirdly, I only began to understand how unsafe I had felt as I started to relax in my body as my practice deepened. Around five years after that I was in several car accidents in close succession in Los Angeles. PTSD reared its ugly head again. Or maybe it never really goes away?

It’s a lot better now. I’ve worked really hard to dissolve it. Mostly through yoga, and through being kind and loving to myself. I’ve learned a lot. Breathing helps. So does meditation. And a sense of humor. And walking barefoot on a quiet beach.

I relate to people who’ve been deeply traumatized. I can speak their language and understand the craziness, the feeling of being out of control. I know that terror, not feeling safe in your body, and hence the world. And I know yoga can help. So the fact that I’m drawn to working with veterans and prisoners makes sense. Seeing someone killed in front of me when I stopped my car to let him cross the road also helps. I know what it is to have shock and fear wired into your body. Witnessing another human being violently killed is unspeakably awful. I wouldn’t wish it on anyone.

This week, I’ve participated in a resiliency training for vets suffering from PTSD. Located in a beautiful residential facility perched on a mountain overlooking the Pacific in Malibu, Calif., the program offers vets tools for dealing with their trauma and building a life worth living, as an alternative to the discombobulation of trying to reintegrate into civilian society, or worse, suicide

The statistics on suicide in the military are grim. Recent reports have estimated one per day among active-duty members and 18 per day among returning vets. Something is obviously really, really wrong.

Fortunately, the military is turning to yoga and meditation as tools for helping vets deal with PTSD and rebuild their lives. Plenty of empirical data exists to substantiate their efficacy. The program I was part of includes TM (transcendental meditation) training, yoga, equine therapy and a host of other modalities. I feel deeply honored to be on the teaching faculty and share my love of yoga, which has profoundly affected my only life for the better.

The first morning I showed up early, rolled out my mat and waited for the guys to arrive. They dribbled in one or two at a time, mostly a little late, which surprised me since I had expected the punctuality associated with the military (my dad is a retired lieutenant colonel). Not to put too fine a point on it, they were all over the place, energetically — talking, laughing, jumpy. Their nerves were shot. I’ve been teaching long enough to know how to command the space, so I got right in there and introduced myself, told them a little about my own experience with PTSD and teaching yoga in a prison. (This is very important to get their trust and to let them know that I’m not just a pretty chick who likes doing yoga poses.)

We did a light practice, as I wanted to get them into their bodies and soften a little bit, feel what it’s like to move slowly with the breath. Most of them were still a little tense during the final relaxation pose, but they were less agitated. I made a point of telling them we would start on time the next morning!

And they were on time, but holy cow, talk about a wall of testosterone in the room! We are talking experienced veterans returned from Iraq and Afghanistan, big muscular guys, but tight as hell and despite the macho exterior, clearly desperately wounded and achingly fragile. I took the practice up a few notches, which got their attention and made them focus. They also got a bit more into their bodies, a bit more into feeling mode.

One of the brilliant things about an intense residential program with a multi-dimensional approach to healing and empowerment is that it creates a crucible for transformation, so the process gets accelerated. This was evident on day three when the energy in the room quickened and amplified as the guys held poses for longer. That beautiful thing happened when you see and feel yoga working its magic. The cracks started to appear.

A couple of the guys were really damaged. One was wound up like a tight spring, and his burly body vibrated fear and anger. Another, a shy, skinny kid who can’t have been more than 22, was like a bunny who’d been caught in headlights and left with permanent shock trauma imprint. It’s hard to say if the yoga helped either of them. One can only hope.

This morning was the final session. The atmosphere was palpably different from the first day. No jokes, no chatter, they got right down to it. They were present in the bodies, no fidgeting, focused. The vibe in the room was lighter, we laughed a lot. Watching them rest during final relaxation, I felt so much empathy and respect for them — these guys who have been exposed to stress, trauma and incredible violence that most of us can’t even fathom. To play some part in their rehabilitation, however small, is a privilege. They are warriors on the hero’s journey to integration and self-love. Yogis par excellence.