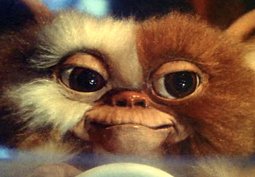 The Playlist on Indiewire

Oh please, let’s not pretend be shocked anymore. Yet another beloved childhood movie that many grew up with and was near and dear to our hearts is being tossed into the possible reboot/remake mill. Just don’t feed it after midnight.

Vulture reports that Warner Bros. is currently in negotiations with Steven Spielberg‘s Amblin Entertainment to reboot “Gremlins.” Yes, seriously. The Spielberg produced, Joe Dante directed classic, which spawned one sequel and many rumors of a “Gremlins 3” that never came to pass, has apparently been eyed for years as remake material, but proved to be too expensive. However, according to the sources who tipped off the news, it may be closer to a reality this time around. So for now, just file it under: maybe.

And lest you think Spielberg would never sully the name of a cherised movie or franchise he was involved with, here’s our rebuttal: that “E.T.” edit where the cops had CGI walkies talkies replace their guns; “Jurassic Park IV” and “Indiana Jones & The Kingdom Of The Crystal Skull.” There’s always a financial reason to do something.

The big question of course is whether or not Dante will be involved. Back in 2010 he played down the notion of a sequel, but at the time seemed to think some kind of reboot was inevitable. “I’m sure it’ll happen. It’s too valuable a title to not get the remake treatment. I think it will be a remake rather than a sequel. I think they’ll start over and do a remake or a sequel,” he said. And indeed, that does seem to be the case. But if you’re not going to involve him, why do it at all?