Walking in an Army Wife’s Shoes 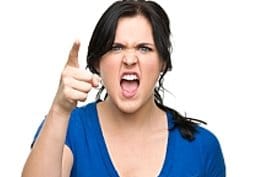 Sometimes I love being a military family, and at other times (like today) I want to pull my hair out and scream!  Not a nice polite scream but a full blown swear word infested scream that rattles the windows!

It seems that lately, even though we are in a “non-deployment” year my soldierman is gone more than he is home.  It’s been this every-other-week-in-the-field thing, that won’t end until after another “round” and 2 weeks of something (he told me what it was, but they all just blurring together at this point). Did I mention an upcoming 3 month school followed by another 6 week leadership course hanging over our heads all before deployment in early 2013.

Ahhh….the downside of Army life and the cause of my “need to vent” moment!

Truth be told, it’s not the being gone that’s putting me over the edge; I’m used to that.  I have tricks and support systems that kick in when he’s deployed or gone for many months at a time.  But with him home this week and gone the next, I just can’t get into a routine (which in my world is military survival 101!).  I can’t budget, I can’t get on a workout schedule, I can’t establish a cleaning routine. I can’t get into the flow that allows my coping skills to kick in like they do when he is deployed.

When he is deployed, my switch flips; I have my plan laid out, my routines to follow.  And I have my backup resources to call on for extra support when those days come when the missing him is unbearable. But this whole roller coaster ride of coming and going is just frustrating. And because my “switch” hasn’t flipped, yesterday when I saw a conversation on Facebook, my blood started to boil….

I’d love your opinion and suggestions on how to change this.

In one of the “Army Wives” groups, a spouse posted that her husband was “yet again packing for the field,” and that she was having a hard time with it.  She was tired, he’d been gone 4 out of the last 8 weeks, and the kids were struggling from the lack of structure and the constant roller coaster ride of saying good bye and welcoming their soldier home. Their entire routine was disrupted, and it was difficult for the whole family, and I could really relate.

Now if you don’t know Army wives, let me tell you that typically if one of our own is having a hard time we are the first to step up to the plate.  We “get” what it’s like when our soldiers are deployed and we have to be everything to everyone.  We “get” that sometimes a helping hand just takes the sting out of a bad situation.  And believe me, when you need a shoulder to cry on, an Army wife has the perfect remedy for whatever ails you.

But instead of the typical “how can I help response” that I usually see, this spouse was bombarded with comments and questions that were anything but supportive. She was asked how long would he be gone…”this time 1 week” was her response.

And much to my surprise, here is the “support” she got:

“Oh a week is nothing, mine has been gone for a month.”

“Be glad he’s not in Afghanistan like my husband.”

“The kids will be fine, they just need to get used to it.”

“Why are you complaining, it’s a nice break, mine has been home for months, I wish they went to the field.”

And that was only some of the advice she received. Sadly, she later posted, “You guys are right, he could be deployed, what was I thinking…sorry for being such a whiner!”

And you guessed it, I just wanted to scream!!

How can you be sorry?  You reached out, and were told that your concerns and frustration weren’t valid or substantiated.  Sure he’s not deployed, but that doesn’t make field and training time any less of a challenge.  In fact, as I mentioned at the beginning of the post, sometimes it is actually harder because we don’t access our tried and true coping strategies.

When they are in and out, you are caught in limbo, you “can’t” act like all is normal, because they are gone.  You can’t use the standard “I’m allowed to crawl into the bed and cry for 2 days because he’s just deployed,” coping strategy. There are no “in the field” support programs.  You don’t get the perks of separation pay, daycare “sanity” hours, the “emotional” prep time or the 2 weeks leave when they come home to readjust.

And to make it worse, you are saying “see you later” so often that it can feel very “rehearsed” and impersonal.

My oh my, YOU have NOTHING to be sorry for.

Any time our loved one is away is a challenge.  Whether it’s for a short time or a long one, sometimes just the fact that they are gone at all, blows!

Why is it that we are so quick to judge whether or not the request for help is justified. Why is it that when someone asked for support we (as in the people who “get” what she’s going through) responded with a story of how much “worse” our situation is than theirs. And why do we question if she “REALLY” needed help at all.

The worst part was that instead of making the situation better, her peers negated her feelings and questioned her abilities as an Army wife.

This isn’t just in the military community, it’s everywhere.  How many times have you been on the receiving end of the statement “really, that’s nothing compared to my day” after you shared a challenge you had. Wouldn’t it be nice if instead the person listened and told you they were sorry that you had a tough day and asked if they could help make it less stressful?

Don’t you think that that spouse could have used some tips on how to help her kids, de-stress herself or even just an “I understand, I’ve been there” bit of encouragement.

My point is that we never know what is someone else’s breaking point, and we don’t know what it’s like to walk in their shoes.

And don’t you agree that if we didn’t compare their situation with our own, we all would be much better able to support one another in a positive way?

I mean being a military spouse is a hard job, and some days you do just want to SCREAM! And we’ve all been there, so the next time someone reaches out, instead of challenging and judging, try to see where they are coming from offer some concrete suggestions and DON’T make things worse.

For me…I’m still trying to figure out the best routine to deal with the roller coaster ride that “field time” has us on!

The Direction Diva is a motivational speaker, blogger, and author who is the expert in helping military spouses move Beyond Logistics toward a better life.