Vision Loss Due to Diabetes Rising in U.S. 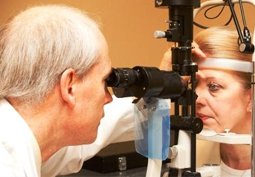 “These are really dramatic findings, and they’re kind of the tip of the iceberg of what’s coming ahead,” said David Friedman from the Wilmer Eye Institute of Johns Hopkins University School of Medicine, who worked on the study.

So-called nonrefractive vision impairment, which includes glaucoma and cataracts, can’t be corrected with glasses, and typically requires laser therapy or surgery. It can also lead to permanent vision loss in some cases, especially when the problem isn’t identified or treated in a timely fashion.

The researchers, whose findings appeared in the Journal of the American Medical Association, said that as diabetes rates continue to rise, some complications tied to the disease are expected to spike as well. Vision loss is especially a concern among people who have had diabetes for ten years or more.

Over that time, the number of study subjects who’d had diabetes for at least ten years also increased, from 2.8 percent to 3.6 percent. Among adults younger than 40, that figure more than doubled, from 0.3 percent to 0.7 percent.

The study can’t prove diabetes was behind the rise in vision problems, but everything else linked to a higher risk of nonrefractive vision impairment, such as poverty and lack of education, was the same or better in the later study population compared to the earlier one.

“The only (association) that got worse and got dramatically worse is diabetes, and not just diabetes, but diabetes for a long time,” Friedman told Reuters Health.

Vision problems related to diabetes develop when fluid accumulates in the retina, making it blurry, or when new blood vessels grow in the back of the yes due to lack of oxygen.

The type of vision loss measured in the study isn’t blindness, according to Friedman, but would make it harder for people to live independently and would mean many couldn’t get an unrestricted driver’s license.

“This is a really alarming sign,” said David Musch, an epidemiologist at the University of Michigan Kellogg Eye Center in Ann Arbor, who co-wrote an editorial published with the study.