Veterans Should Be Inspired to Start Anew 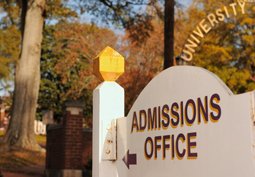 After eleven and a half years of service in the U.S. Army, my career ended abruptly. I did not want to leave, and especially didn’t expect it all to end so soon. Yet after four deployments to Iraq in nine years, my body could not take any more beatings.

As I went to the doctor’s office at Fort Hood in Texas, I was unaware of the severity of my injuries. When the MRI results came back, the doctor asked me how I was even walking. I proceeded to have three discs in my lower back taken out and replaced with instruments held together by eight screws and four rods. I was done with the military, and the military was done with me.

For two months after that surgery, I sat around my house not knowing what life would bring. Then one day, I was walking my dogs around the neighborhood and came to the realization that I had two choices: I could either stay in Texas and coast, or start my life over.

I chose the latter, and today am headed to a top liberal arts college far from the Army and from Texas. Perhaps my story will offer encouragement to other vets who are looking at their options after serving our country.

The first step in the process of starting over included taking classes at Central Texas College (CTC) near Fort Hood and joining the Student Veterans Organization. One morning Matt Keller, the college’s liaison with the military population, called and asked if I would be interested in going to Yale University.

Thinking he was joking, I hung up the phone on him. He called back immediately, and told me that the Warrior-Scholar Project was looking for veterans to travel to Yale for a pilot program that would teach us to read and write again. I quickly replied that I was not illiterate and that I knew how to write. He laughed and set up a meeting with Chris Howell, the director of the Warrior-Scholar Project.

Talking to Howell was a true eye-opener. He explained that the Warrior-Scholar Project was to be an all- inclusive program that would teach us how to be college students. I agreed to be a part of the first Warrior-Scholar Project, where I ended up taking a mental beating. It was hard for a 31-year old man to realize he does not really know how to read scholarly articles and to actually pull information out of and analyze an article. You forget that writing is a process, not an event.

After ten days with the Warrior-Scholar Project, I felt as if I could take on the world. And that’s what I set out to do; I next enrolled in three classes during an eight-week semester at Central Texas College. Within a year I had my Associates Degree. And then I received another call from Chris Howell, who said, “Hey mate, I have an amazing opportunity for you. Vassar College is looking for veterans, and I thought you would be great.” I quickly replied, “Chris, that’s outstanding, but what the hell is Vassar? And where is it?”

After a quick online search, I fell in love with Vassar and decided to apply for their new scholarship. Why not keep on aiming high? My scholarship program is a partnership between Vassar College and the Posse Foundation, a non-profit based in New York City. Posse has specialized in sending high school grads to amazing colleges that would have been out of reach financially. Vassar President Catharine Hill had called the founder of the Posse Foundation and asked if Posse could work with Vassar to find a group of qualified veterans to attend Vassar. Deborah Bial, founder and president of the Posse Foundation, loved the idea and set out to find veterans.

And here I am, about to launch as a new college student this fall. I get asked, “Why Vassar?” a lot. I answer the same way every time: Because it will be the polar opposite of being a tank commander in Iraq. I will not have to live by the daily self-preservation mentality that is required of a soldier. I can explore the creative side of my personality. More importantly, my family deserves the opportunity to grow with me.

After spending so much of my children’s lives deployed, I owe it to them to succeed after the military. My family and I look forward to joining the Vassar family.