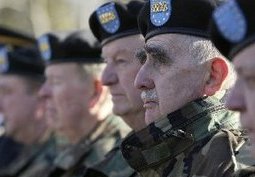 Military Veterans have poorer health compared with current servicemen as well as civilians, according to a new study by researchers at the VA Puget Sound Health Care System in Seattle.

In some ways, the findings, which were published Tuesday in the American Journal of Preventive Medicine, are not so surprising given that current active duty, National Guard and Reserve service members are given routine physical screenings.

However, Veterans are given unique lifelong access to health care systems such as the VA and TriCare, while National Guard and Reserve members are less likely to have health insurance, according to the study. Even with available health care, Veterans still have poorer overall health than civilian men as well, the study found.

The current study did not look at female Veterans, but a similar study conducted by the same research team found similar results — female Veterans also reported poorer health compared with other servicewomen and female civilians.

“We think our research substantiates claims that veterans bear a disproportionate disease burden,” said Katherine Hoerster, a psychologist at the VA Puget Sound Health Care System, and lead researcher of the study.

Only 37 percent of eligible Veterans receive care through the VA system, the researchers wrote.

“Not all vets have a connection to the VA system, but they may need one in the future,” said Hoerster.

Previous studies also suggest that veterans are at higher risk for symptoms like hypertension, high cholesterol, pre-diabetes, and obesity, which are typically seen in older Americans, ABC News reported in September. In some cases, veterans may be at higher risk for certain diseases because of their Military service.