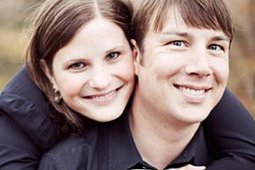 I was on the final stretch of our second year-long deployment when my phone rang at 3 a.m. My husband never called at this time, because he usually slept off his nightly mission. I knew immediately it was bad news. I answered the phone with numbness in my voice.

“Mrs. Gansner, this is LTC. Your husband was injured in an IED blast.”

My heart started racing and I couldn’t even cry as I listened to his ragged voice explain the details.

My only response was, “OK.”

After I hung up the phone I remembered my mother was at my house. I stammered into the bedroom and she sat straight up in bed. She asked if that was Bryan calling and I said, “No, I have some bad news.” I explained that he was hit by an IED and was being MEDEVACed to Balad and then to Germany.

I shook but didn’t cry and my stomach was an unwinding ball of nerves. Then I remembered that I was my husband’s only emergency contact. It dawned on me — I  had to call his parents and tell them the news that their son had been seriously injured.

Telling them the news was incredibly painful. I didn’t have many answers as to what happened and what was going on. We just had to wait for the call from Casualty Affairs or the Department of the Army.

My mom assured me that I needed to try and lie down. At this point it was nearing 5 a.m. and I knew in a couple of hours, I would be getting more calls from the Army. I lay in our bed alone, thinking about how I couldn’t be there with him. The only thing I wanted was to be there to assure him that he was going to be all right, that we were going to be OK. We were going to make it through this.

I drifted off into a half-sleep only to see images of people getting bombed and his soldiers being injured as well. I forgot to ask if they were unharmed. His driver was a great friend of ours, and I wanted to know if he was injured. My unconscious presented me with images of an unnamed and faceless terrorist that I would never know. I wondered who he was, why he wanted to kill America’s heroes and what his family would think of the life-changing event he caused in our lives.

As the sun rose, I got up out of bed and wrote an email to all our friends and family explaining what happened. I started making lists of the bills I needed to pay, got ready packing, and waited by the phone for the endless myriad of calls from everyone who loved my husband. I only wanted to talk to him but he was on life support. Once I was finally able to be at his side at Walter Reed Army Medical Center, life became a constant stream of caring for his needs, doctor appointments, medications, nightmares, anger, frustration, love and relief. Our emotions were up and down from moment to moment. It was the most drained and taxed I had ever felt in my life.

We had to learn how to communicate in the midst of his brain injury, physical injuries and PTS. I prepped myself for him to be killed in action, yet I never thought about what would happen if he was wounded. There wasn’t a manual on how to handle this; I had no family around to help me and we had to navigate the red tape on our own.

We did seek help to understand and communicate what had happened to us. We went to counseling and my husband got on a slew of medications to manage sleep, nightmares and anger. I found a network of friends that had gone through the same thing as I had and I leaned on them when things got too hard.

Nearly six years later I believe we have overcome our hardest days. We have accepted our “new normal” and learned coping skills to help us through challenging situations. We are both blessed with understanding and compassionate employers. We have made friends who didn’t know us before his injury, and they support us through everything. We also share our story with others in hopes to make it easier for them. We also try to mentor and reach out to those that are newer in this process.

Through all of this I have found a population I desire to work with- Wives of Wounded Warriors.

I am the wife of a severely injured soldier. I have been married to my husband – my hero – for six years. Throughout our nine year relationship we were separated over two years due to Operation Iraqi Freedom 1 & 5. He also deployed to Bosnia before I met him. My husband was severely injured by an IED July 28th, 2006 and spent 20 months rehabilitating at Walter Reed Army Medical Center. You can follow our journey at Wife of a Wounded Soldier.