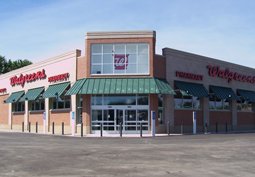 NEW YORK — The military health insurance plan Tricare says Walgreen Co.’s drugstore chain, the largest in the U.S., will not be part of the network where plan members can get their prescriptions filled.

Tricare did not give a reason for its decision, which was posted in an announcement on its website. It said its network currently includes more than 57,000 pharmacies. Tricare members can have prescriptions filled at Walgreen stores, but because it won’t be part of the network, their out-of-pocket costs will be greater and they will need to pay for the full prescription upfront and then submit a claim to Tricare for partial reimbursement.

Tricare provides health insurance for active and retired military members and their families. Walgreen has said Tricare has about 6 million members.

“The situation with Tricare may not be isolated and we are unsure at this juncture just how many of Express Scripts’ clients, outside of WellPoint, participated in savings from Walgreens leaving and will have to make the decision whether to ‘opt-in’ to the network at a higher cost,” he wrote.

WellPoint Inc. is a health insurer, and it has agreed to add Walgreen back to its pharmacy networks.Walgreen also reported its August sales on Thursday. Its total sales and sales at stores open at least a year dropped compared with last year because of the dispute with Express Scripts.Shares of Walgreen lost 53 cents to $35.35 in morning trading.