The War That Came Home 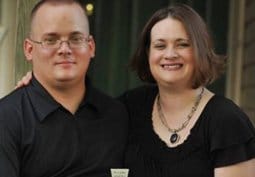 Newlywed bliss and togetherness turned into a broken marriage.

Their worlds separated, painfully so.

“I was very angry and bitter,” he said. “I hated God for my friends who died and others I lost.”

“It broke my spirit. I felt like I was nothing.”

Each felt abandoned, betrayed. They turned away from each other — and God. They signed their divorce papers.

But their story doesn’t end there.

Andrea, in her new book, The War That Came Home, calls theirs a story of hope. And she wants the book, to which Wes contributed, to bring solace and inspiration to others fighting similar battles.

“Miracles still exist. Blessings of others can make a difference.  A battered woman can find her footing again and champion against abuse. PTSD  does not have to destroy the veteran and his or her family.”

For the Carliles, of Anderson, it almost did.