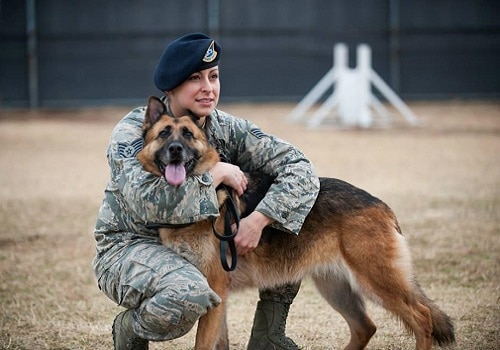 Throughout the U.S., there are countless memorials and monuments to the great sacrifices for the men and women of our various military branches. And rightfully so. Their selfless sacrifices should be remembered and honored daily. But what about the service and sacrifice of our four-legged- companions?

To help commemorate all the dogs that have been wounded or worse in the line of duty, the U.S. Air Force is creating a unique exhibit at the National Museum of the United States Air Force in Ohio. The exhibit will honor our nation’s bravest dogs with wooden sculptures by artist Jim Mellick that will represent a few of the dogs we’ve lost in the line of duty. Although the exhibit will feature only a few sculptures, highlighting a small number of the dogs that have served, the memorial is for all injured working dogs — not just the ones whose likenesses are recreated.

The exhibit has been on tour in museums around the country since 2015, so there’s a chance you could have seen these pups before. If not, now’s your chance! 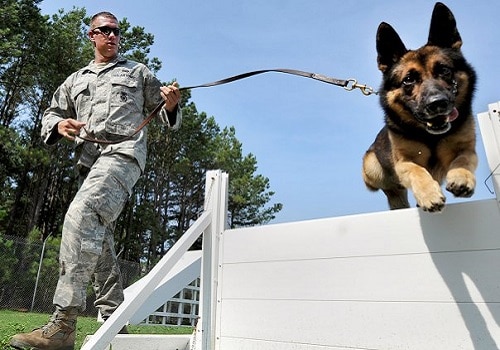 Among the four sculpted dogs are Lucca and Cooper, two dogs that were stationed together in Iraq during 2007. Unfortunately, Cooper, and his handler Army Cpl. Kory Wiens, were victims of an IED blast and never returned home.

Lucca served with the Marine Corps for six years and assisted on more than 400 missions, mainly detecting hidden explosives. Lucca (like Cooper and so many other brave men, women, and dogs) was also the victim of an IED blast during her time in Iraq, however, she was lucky enough to survive. She did lose her front leg, though.

In 2016, Lucca received the Dickin Medal from the People’s Dispensary for Sick Animals (PDSA), a United Kingdom-based charity organization. The Dickin Medal is given out annually for “conspicuous gallantry or devotion to duty while serving in military conflict.”

The exhibit will open on November 8, 2019, and continue through January 31, 2020. No word yet on whether you can bring your own pup to the exhibit to pay their respects. We’re guessing no, though.

More News in the Military Community: