The (Almost) End of Deployment 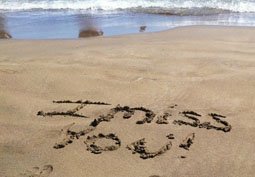 I realized the other day that I haven’t really talked about the deployment very much. I mention it here and there, but I haven’t really addressed it. So as we round the corner to the end of this thing (can I get a halleluiah?!), I figured I’d open up and share what it’s been like.

Honestly, the reason I haven’t talked about the deployment much is because it’s gone fairly well…better than I expected, actually. Sure I’ve had bad days, but I can count them on one hand, which isn’t too shabby for a 6+ month deployment (and being pregnant the entire time, I seriously thought I was going to be a nut case). Overall, it wasn’t as horrible as I thought it’d be…at all. (And I promise I’m not saying that to be some sort of super wife who powered through a half-year deployment and didn’t miss her husband. I’m saying that to let you know deployments aren’t always the absolute worst thing ever.)

The past six months went by a lot faster than I ever thought possible. I think a lot of that was due to planning on my part. I made sure I had something to look forward to every month, then I made plans each week, and then I took everything one day at a time. My calendar was jam-packed with base events, lunch or dinner with friends, doctor’s appointments, and trips around the area and back home. I also spent a lovely fair share of my time being completely lazy by lounging on my couch watching TV shows, movies, and my belly. The key to being busy was getting out of my house every day. If I didn’t have something specific planned, I knew I could always swing by base to check the mail, pick up groceries, or grab a coffee, and since it’s such a small area, I’d usually run into someone and we’d end up talking for far too long.

Another thing that kept me sane was knowing my husband was doing okay out there in his little patch of the sandbox. I’m extremely thankful that he likes his job and actually enjoys what he does. Having that positive energy on his end really made a huge difference and helped my perspective with this whole thing. Did he have bad days? Heck yes he did! He may like his job, but imagine being stuck with the same people (who may not necessarily be your friends) every single day for very long periods of time. But for the most part, we were both very optimistic about our lives in each respective place and I can’t stress how much I think that helped both of us.

One day, fairly early on in the deployment, I remember thinking that it was going to last for-ev-er, but then I talked to him and he mentioned how fast it was going and how much fun he was having. I was taken back by that! He was supposed to be miserable out there, but instead he made the best of the situation, which helped me make the best of it over here.

I also had a lot of fun putting together care packages for him. During our first deployment I was the over-achieving girlfriend who sent him a package every week. Yup…every. single. week. It was fun, but it got exhausting and 90% of the stuff was crap he didn’t need. I’ve learned a thing or two since that first deployment and spaced them out pretty evenly; I also stuck to holiday-themes, mostly. And since I know him better this time around, I knew he’d actually enjoy most of what I sent him or would want to share it with everyone else. (A tip: if you’re in doubt about what to send, bake up some cookies. I sent dozens and dozens and dozens of cookies. They’ll get eaten, I promise.)

Don’t worry, the past six months haven’t been all smiley faces and rainbows. Being pregnant was another huge obstacle and I really wasn’t sure how I’d handle it at the beginning. He left 10 days after we found out I had a bun in the oven, and I’m not going to lie, it’s been hard and I’ve missed him a lot.

I’ve been to countless appointments alone, I’ve seen little Pickles on ultrasounds without him standing beside me to oooh and aaah.  I sat through a childbirth class with my mom acting as my partner (thanks, mama!).  Every time I feel her move or hear her heart beat I long for him to experience it too, and before he left my belly was like a pancake compared to the ginormous baby bump I’m sporting now.

And of course there was the complication I had a few months ago with the baby. That was the hardest part for me to go through without him. As with any situation though, I grew from the experience; I learned that it’s okay to ask for help even if that means getting his commander and the “higher-ups” involved.  I leaned on friends and talked—or didn’t say a word—about what was going on depending on how I felt.  I followed my gut and didn’t research a single thing about what was going on—talk about willpower! I also didn’t hesitate when my mom said she was basically hopping on the next flight over here so I wouldn’t be alone. Going through such a difficult and emotional time without my husband, without immediate family close by, and while in a different country taught me that I’m so much stronger than I think I am. (Granted, I can only barely see this now…I felt extremely weak at the time.)

I can’t even begin to explain how excited I am for him to come home, put his hands on my belly, and feel his daughter move around. I’m ready to wake up, roll over*, and see his face in the morning. I’m ready to make a meal for two instead of eating something I loosely call “dinner.” There’s so much of the mundane day-to-day life that I’ve miss sharing with him. It’s been easy to get into my own single-lady groove, but I’m so incredibly ready to have my husband back. Not to mention, he has a honey-do list that’s growing by the minute and my back could really use a massage or two 🙂

So there you have it, a look into the past six months. We can see the light at the end of the tunnel and I’m beyond ready to have him back home.

*Rolling over, by the way, is actually more of a six-point-turn at this particular time.

Jessica Lynn is a 20-something expat from New Mexico, living in Italy as an Air Force wife and new mom. She writes about life as a military wife, travel, food, health, pregnancy and everything in-between!