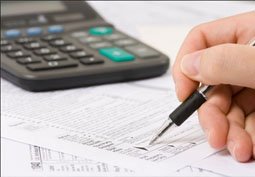 According to DeploymentPsych.org, more than 55 percent of active duty service members are married and many times the military spouse may not live in the same state as their partner due to a permanent change in station (PCS). What does a change in location mean when those who are serving for the red, white and blue go to file their state income taxes?

Typically, service members are able to retain their status of residency in their home state regardless of frequent base or assignment changes. But that is not always the case for their spouses. For the civilian spouse to be granted the same residency of their service member spouse, they need to meet the following three requirements:

Military couples should be aware that any income earned by the military spouse in the state where the service member is stationed is not taxed in that state, but instead by the state that is determined as their state of residence.

Are you still confused about where you should file your state return? Depending upon where you live, there may be different rules and regulations. Before filing out any tax form this season, military spouses should contact their tax preparer, state taxation board or department of revenue.

There are also filing extensions available to military members and their spouses if the service member spouse is:

• Serving in a combat zone or in direct support of those in the combat zone and receives hostile fire or imminent danger pay. In some cases service members who are hospitalized after service in a combat zone may also be eligible for an extension during the time they are in the hospital.
• Participating in a contingency mission outside of the U.S. and away from their permanent duty station.

If you are interested in learning more about filing requirements for members of the military, visit a local tax professional in your area or www.hrblock.com. If you are overseas and looking for assistance, access to a tax professional is available via Block Live, a real-time video conferencing service that brings an H&R Block tax office anywhere you would like to file a return.