So You Want to Be a Stay-at-Home Dad? 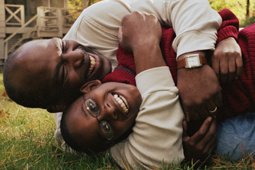 Before Jessica and Lance Somerfeld had their baby, they decided it would make the most financial sense for one of them to stay home to raise him. Since Lance made a fraction of Jessica’s earnings, he was the obvious choice.

With wages at a standstill and child care costs skyrocketing, Somerfeld is just one of a growing number of dads who are staying home with the kids.

Among fathers with a wife in the workforce, 32% took care of their kids at least one day a week in 2010, according to the U.S. Census Bureau, which looked at families with children under 15 years old. That’s up from 26% in 2002.