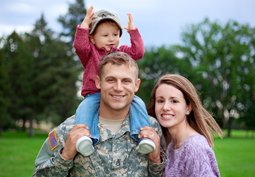 Military veterans will remain relatively unscathed under sequestration, but those transitioning into civilian life and searching for jobs may lose employment programs.

“Health-care is not affected by sequestration,” said Jason Dangel, spokesman for The Bay Pines VA Healthcare System. “Our employees will continue in their positions and we’ll continue to provide benefits to veterans.”

The Department of Veterans Affairs is exempt from sequestration and by law, its budget can’t be slashed by more than 2 percent, far less than the 5-percent-plus cuts for other agencies under sequestration.

However, the Department of Labor’s Veterans Transition Assistance Program, which serves more than 150,000 vets yearly, would have to shrink operations, leaving thousands of transitioning veterans without help after leaving active duty. The Jobs for Veterans State Grants Program, which helps those seeking civilian employment, also would experience cuts.

Florida has the fastest-growing veterans population in the nation, with more than 1.5 million, and the third-largest number of disabled veterans.

Don Snyder, 67, quartermaster for the Veterans of Foreign Wars’ Naples Memorial Post No. 7369 in East Naples, said searching for jobs may get worse for younger veterans because some aren’t allowed to re-enlist, despite a clean record, though they had hoped to reach the 20-year mark necessary to collect a pension.

“That’s what we always worked for,” Snyder said of a pension. “It’s scary right now.”