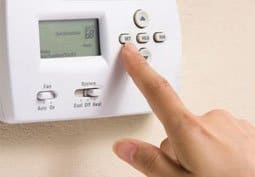 Dirtier bathrooms. Longer grass. Taking out your own trash.

Sequestration is having a tangible effect on your bases, and it isn’t just flying hours.

Since the mandatory budget cuts have gone into effect, bases around the country have announced changes in policies or cutbacks in services that are targeted to save money.

“We are being innovative in ways to save,” said Daryl Mayer, spokesman for Wright-Patterson Air Force Base, Ohio.

Wright-Patterson’s new methods made it to Capitol Hill on May 15 as Rep. Michael Turner, R-Ohio, held up a picture of airmen in the base headquarters standing in the dark, part of the base’s “no-heat, no-cool” effort to save energy — and money — by turning off lights and air conditioning during the day.

“There wasn’t a lack of power at the base that day, but a lack of leadership in Washington,” said Turner, chairman of the House Armed Services tactical air forces subcommittee. “Sequestration is having a devastating effect on morale.”

At the base, Mayer said they are following Air Force guidance to find ways to save money. In addition to cutting back on energy costs, the base has reduced hours at its fitness centers, suspended service at the base library, limited travel and cut back on furniture purchases. The base’s National Museum of the Air Force recently announced it had closed the presidential and development galleries until the end of the fiscal year.

Other bases have been following suit. Eglin Air Force Base, Fla., has suspended service at its library, cut back hours at the base legal office, reduced the number of airmen assigned to a fitness center and canceled a triathlon scheduled for June 15. Travis Air Force Base, Calif., has canceled static displays and curtailed travel of the Band of the Golden West. Arnold Air Force Base, Tenn., has cut back hours at base gates, limited civil engineering to only emergency repairs, ended floor cleaning and cut back restroom cleaning to twice per week.

“Our situation remains very fluid, and I thank every one of you for your patience as we try to make sense of it all and make deliberate decisions which impact your lives and our mission,” Col. Raymond Toth, commander of the Arnold Engineering Development Complex, said in a message to the base in April. “I ask that you all continue to look for ways to save while remaining focused on your vital part of our mission. More importantly, look for ways to help those who are most affected.”

Little Rock Air Force Base, Ark., has been tasked with cutting $2 million out of its base operations budget while at the same time having to cut $1.8 million in fiscal 2013 spending, according to the base. The 19th Airlift Wing is also cutting back on furniture purchases and information technology updates to save money.

At Patrick Air Force Base, Fla., the budget cut effect can be seen in the landscaping, along with workers taking out their own trash and vacuuming their own offices.

“Shrubs won’t be trimmed and grass/weeds in flower beds and pavements may become prevalent,” Brig. Gen. Anthony Cotton, commander of the 45th Space Wing at Patrick, said in a message to base personnel. “Grass height, particularly at the Cape, will grow higher than normal before being cut.”

“Chances are you will be inconvenienced; that may become the norm rather than the exception,” Cotton wrote.