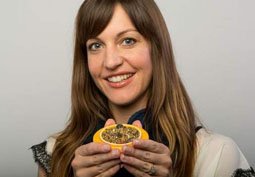 A Marine spouse believes she has found a remedy for deployment separation anxiety, post-traumatic stress and even battlefield wounds — and it’s all in a cup of hot tea.

For Rachel Crawford, wife of a Marine major stationed aboard Camp Lejeune, N.C., her discovery of the healing powers of tea began after the loss of her prematurely born twin girls. Finding that a mug of tea was the only thing that brought her any comfort in her grief, she was inspired, as time passed, to learn more about the potency of tea and its uses. Her digging led her to adaptogens, compounds within medicinal herbs that some believe enhance performance and promote wellness, stability and healing.

Crawford launched her company, Teamotions, in January 2010. Now she offers a “Semper Fi” line of teas — Honor, Courage and Commitment — specifically designed to support Marines and their families during the hardships of military life. Honor, a vanilla pomegranate green tea, promotes calmness during times of transition and chaos, such as a military move. Courage, a plum spice rooibos blend, aids in recovery and works to prevent physical and emotional burnout during times of stress and is designed to help wounded troops as they heal after the battlefield. Commitment, a pineapple blueberry green rooibos tea, helps allay separation anxiety and homesickness.

Stories her customers share give her proof the tea works, she said.

“My neighbor, her husband, he was a Marine. He wasn’t sleeping; he had mild PTSD and he was on melatonin (to help him sleep),” Crawford said. “I had him try Enjoy Rest, another tea in my line, and he started sleeping.”

To underscore the patriotic intent of the “Semper Fi” teas, Crawford included elements in the colors of the flag, from whole blueberries to red confectioner’s stars to tiny pieces of white chocolate. And with each sale, she makes a donation to benefit the Semper Fi Fund in its work helping wounded troops.