Rise of Military Suicides Driven By More Than War 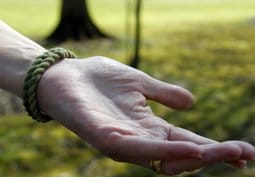 An emotional Max Baucus took to the Senate floor recently to talk about an article in his home state’s top newspaper that he said “hit me in the gut.”

Montana leads the nation in suicides per capita, the article said. And many of them were military personnel and veterans. Baucus then told of the 2007 suicide of an Iraq War veteran of multiple tours who had been affected by post-traumatic stress disorder. Before taking his life, he told a relative he feared returning to Iraq because he thought he would be killed.

“That caused him to be very depressed, and it caused his suicide,” Baucus said.

The six-term Democrat was on the floor to tout the latest initiative an alarmed Congress has adopted to combat the rising numbers of military suicides. For 2012, the Pentagon has reported a record number — 320 suicides, or nearly one a day. That’s double the number of suicides in 2001, before more than a decade of war began.

The pressures of combat on soldiers has undoubtedly contributed to the problem. However, military statistics reveal that most of the service members who killed themselves in recent years never deployed to Iraq or Afghanistan. And of those who went to war, most of those who took their own lives never saw combat.

The unsettling conclusion for experts is that suicide in the armed forces is not merely a war problem, and it is unlikely to recede dramatically as the fights are brought to an end.

A growing minority of service members — as in society at large — feels unable to handle life’s challenges, said Adm. Mark Ferguson, the Navy’s No. 2 officer and its point person on suicide.

“They’re in a very high level of pain, in internal pain,” Ferguson said. “They feel hopelessness. They’re isolated. And, then, this decision to self-harm occurs. From there to their action is a pretty short time. I think we’ve got to get to the left of that.”

The figure of 320 military suicides only includes those on active duty and certain kinds of reservists. If other reservists and veterans were included, suicides would number 18 per day, according to Rep. Rush D. Holt, D-N.J.

Another way to put this in perspective: The annual military death toll from suicides has for several years exceeded the number killed on the battlefields in Afghanistan and Iraq.

Despite the growing problem, the percentage of those in uniform who take their own lives is still lower than it is in the civilian world. It’s just that the civilian lead in this dark race is narrowing, said Jackie Garrick, acting director of the Defense Department’s year-old Suicide Prevention Office.

The ubiquity of weapons has played a role, and not merely because soldiers are issued firearms. In 2010, the most recent year for which statistics are available, 62 percent of U.S. military suicides involved firearms, and 48 percent of the guns used were personal weapons, not military-issued, Garrick said. In fact, the Pentagon recently distributed 70,000 free gun-locks to the military services in an attempt to literally block the problem, Garrick said.

People are led to consider suicide typically after setbacks in relationships or in the workplace, or amid legal troubles, substance abuse, depression — or often some combination of these issues, experts say.

Deploying to Iraq and Afghanistan, and being affected by the stresses of others around you being deployed, is certainly one of those factors. But in 2010, 54 percent of the U.S. military suicides had no history of deployment and 89 percent had no combat history, Garrick said.

Congress has included suicide prevention measures in several recent defense policy bills. During debate on the fiscal 2013 defense authorization bill, the Senate adopted several new amendments on this score. One by Sen. Susan Collins, R-Maine, would require a study of the effectiveness of an Army program to improve soldiers’ psychological resilience. Another Collins amendment would set up a program for the Army to collect unused prescription drugs from soldiers’ homes, as she says the Army has found that 29 percent of suicides had a history of using psychotropic medications.

The Senate also adopted a multifaceted amendment by Democrat Patty Murray of Washington that is aimed at creating a standardized suicide prevention program across the Defense Department and improving services at the Department of Veterans Affairs.

“We are losing the battle,” Murray said on the floor.

Military officials have approached the issue from just about every angle. They have sought to train and educate their personnel, starting with leaders, on how to recognize warning signs and how to help. They’ve tried to reduce the stigma associated with talking about psychological problems and to ensure careers are not threatened if people admit they need support. They’ve stepped up questionnaires and interviews with soldiers returning from war, increased counseling and created a confidential hotline and website.

“We want people to know that seeking help is a sign of strength, not weakness,” Garrick said. “It’s going to hurt your career more if you don’t get help.”

Over in the House, Holt was spurred to be active on this issue by the 2008 suicide of a constituent, Army Sgt. Coleman Bean. In the fiscal 2012 spending measure, Holt helped secure $40 million for prevention efforts, split evenly between the Pentagon and Veterans Affairs budgets. But a year later, he complains that these agencies are not spending the money on outreach and counseling programs, including one called Vets4Warriors, as directed by Congress.

“At this point, the Pentagon has the money it requested, and it has data demonstrating the effectiveness of peer-to-peer counseling,” Holt said in a written statement. “But the money is being spent ineffectively, and programs like Vets4Warriors that could save lives are being underutilized.”

The Pentagon’s Garrick said the Vets4Warriors program is being implemented and Defense officials would work with lawmakers to address any concerns.