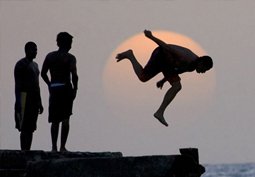 Studies have shown that bullying can cause an emotional toll on its victims, and a new study finds the effects can be physical as well.

A study published Sept. 16 in Pediatrics shows that bullying can increase psychosomatic symptoms, or physical illnesses caused or spurred on by mental anguish. Symptoms like unusual headaches, loss of appetite, sleeping problems, abdominal pain or bed-wetting may signal a child is a victim of bullying, according to the researchers.

About 20 percent of U.S. high school students have been bullied, the 2011 Youth Risk Behavior Surveillance System, conducted by the Centers for Disease Control and Prevention (CDC), reports. In addition, the 2008-2009 School Crime Supplement by the National Center for Education Statistics and Bureau of Justice Statistic found that 28 percent of students in grades six through 12 were bullied.

Certain kids are at a higher risk of being bullied than others, including those that seem different from their peers, those that are perceived to be weaker, those with depression or self esteem issues, those with fewer friends and those who do not get along with others.

A March 2012 study conducted by the Kennedy Krieger Institute in Baltimore and Johns Hopkins University showed that 63 percent of kids with an autism spectrum disorder (ASD) had been bullied. They were three times more likely to be bullied than their siblings without autism. Bullying has also been shown to affect one in three kids with food allergies.

Researchers reviewed 30 studies from around the world to come up with their conclusions for the Pediatrics study. Comparing all the results, they found that bullied children were twice as likely as non-bullied children to experience psychosomatic symptoms. The connection was more pronounced in studies that involved a larger number of boys.

The researchers pointed out that because bullying is so prevalent throughout the world, it should be considered an international public health problem.

“I don’t think bullying has been really ignored, but the more research shows its negative consequences, the more people understand it is a serious problem that merits prompt intervention,” study author Dr. Gianluca Gini, from the department of developmental and social psychology at the University of Padua in Italy, told CBSNews.com.

They added that if a child is being bullied, parents should reach out to the school for support. Bullying can cause anxiety, depression or even suicide, so the earlier the problem is stopped the better it is for the well-being of the child.

“After cases of bullying have been detected, research indicates that the best approach to counter it is tje so-called ‘ecological’ approach, that is active involvement of all components in children’s lives (family, school/teachers, peers, etc.),” Gini explained. “An important strategy to tackle bullying victimization is to promote positive peer intervention.”

Even sibling bullying can lead to mental health problems like depression and anxiety.

The impact of bullying can also persist into adulthood. An August study in Psychological Science showed that being bullied as a child was linked to more difficulties in finding a regular job, more health problems and poor social relationships in adulthood.

Children who were involved with bullying — whether as victims, perpetrators, or both — were twice as likely to have problems maintaining employment and with their finances than those who weren’t involved with bullying. Those who were both bullies and victims in childhood were six times more likely to develop a serious illness, smoke regularly or have a psychiatric disorder compared to those who didn’t bully anyone at all.

A BMJ Open study in December 2012 shows that 10 to 14 percent of Finnish women and men in the workforce have been bullied. They were 50 and 200 percent respectively more likely to use antidepressants, sleeping pills and tranquilizers compared to their peers who were not bullied.

“Altogether, these results have significant. implications for pediatricians, child psychologists, and other health care professionals,” the researchers concluded in the latest Pediatrics report. “It is very important that these professionals be ready to identify children who are at risk for being bullied because the potential negative health, psychological and educational consequences of bullying experiences are far-reaching.”