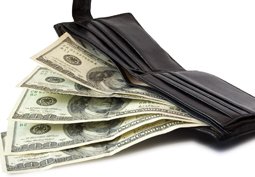 Are you ready for 2013? Most financial-planning advice, like most New Year’s resolutions, is too complex or too banal. Half of it is designed for Type-A drill sergeants who already alphabetize their refrigerators. The other half you’ve heard before. Let’s assume you are already paying off your credit cards, contributing to your 401(k) at work and flossing after every meal. Here are six unusual, and doable, smart money moves for the new year.

1. Work out your biggest savings goal

Many people working today are likely to live for three decades after they become eligible for Social Security, but few of them have a clue what that means financially.

Just 42% of working-age Americans have even tried to calculate what they will need in retirement, according to the Employee Benefit Research Institute, a Washington, D.C.-based think tank.

How much will you need? To replace your current income for 30 years, you would need—assuming an investment return of three percentage points above inflation—about 20 times one year’s income. Social Security aims to replace about 40% of your annual income: By that yardstick you would need to save about 12 times your annual income before you retire.

For a more precise number, use the Social Security Administration’s retirement estimator. Subtract your expected annual benefit from your current yearly pay, and multiply by 20.

2. Ramp up your investments

Then invest some money in a fund, such as the WisdomTree Emerging Markets Small Cap Dividend exchange-traded fund (DGS), specializing in smaller-company stocks in emerging markets. It shouldn’t be the whole of your portfolio, but it should be in there. This is likely to be a volatile growth investment.

Emerging markets offer the best overall returns of any investment at the moment, according to two groups of experts who successfully predicted the last two financial crises: Research Affiliates, the investment advisory firm founded by Robert Arnott, and GMO, the fund company co-founded by Jeremy Grantham. GMO estimates that emerging markets offer an investment return over seven years of 50% plus inflation, handsomely beating any rival asset class.

Say goodbye to the soy chai lattes, burritos, pastas primavera and Overflowing Bucket O’ Fries (a genuine bar food item spotted in Boston). Pick a month—any month—and try not eating out at all, for breakfast, lunch or dinner.

It’s not easy. But these meals add up.

It costs you $10 to get a sandwich at work for lunch. It would cost you $2 in ingredients, and five minutes of time, to make that sandwich at home. Do you earn $96 an hour, after tax? If so, you can ignore the rest of this article. If not, try making the sandwich.

Financial planners say that when new clients audit their household spending for the first time, the biggest shock is usually how much they spend in restaurants—70% of which goes to paying the restaurant’s rent and labor costs.

Why do we go out to restaurants that promise “homemade” food?

If you’re like a lot of families, you spend $200 or even $300 a month on cellphones, cable or satellite TV and Internet.

Take a scalpel—or an axe—to that budget and see what you can cut. Call your cellular provider and your TV company—cable or satellite—and haggle. Chances are, they will cut you a deal.

Try dumping pay TV altogether and watching movies and TV instead using an online service like Netflix, Amazon or Hulu Plus (partly owned by News Corp., owner of The Wall Street Journal), for less than $10 a month.

Turn your house into Sotheby’s for two weeks. Go on eBay.com and Craigslist.com and auction off everything you don’t need.

The spare cellphone(s) in the kitchen drawer. The second, unused lawn mower. The designer vase you never use.

Set yourself a target. Double it. Then see how close you get. Get the entire family involved.

Removing clutter is a great stress-buster, as psychologists since Ralph Waldo Emerson have noticed.

This project will raise some free money. A process like this also has a remarkable way of focusing everyone in the family on the true value of a dollar.

This is why so few people think about dying. Yet from a financial perspective, they need to. Chances are you haven’t prepared in case it happens.

This is not just about the elderly. About one in eight people currently aged 40 will die before they reach 65, according to government statistics.

First: Get life insurance, and disability insurance, if you have dependents.

Most people have some kind of coverage through work. It is usually desperately inadequate. Both one- and two-income households probably need more. It costs about $250,000 to raise a child for 18 years, according to the U.S. Department of Agriculture. Four years of private college is another $160,000, according to the College Board. Could your surviving spouse cope on his or her own?

Second: It means make a will. If you already have one, make sure it is up to date.

Dying intestate—without a will—can be catastrophic for the family left behind. And few disasters can be so easily and cheaply prevented.