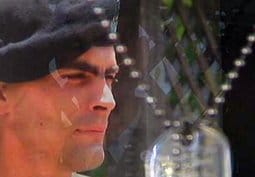 The Kansas City’s VA Medical Center helps heal veteran’s wounds, but a local military wife wants to make sure their hearts are taken care of as well.

Suicides among veterans have increased 22 percent between 2007 and 2010. That is 22 veterans a day. The Department of Veterans Affairs says outreach and prevention programs are helping.

Jackay Smith is doing her part to help those who once served heal. She is also the wife of a veteran who was wounded overseas and making sure no veteran is forgotten on Valentine’s Day with a program she calls “Operation Share the Love.”

Smith says the Valentine’s Day gifts are a nice surprise for the veterans at the medical center.

She also takes the time to tell the veterans face-to-face that their service is not forgotten long after their tour of duty ends.

Her husband, Kevin Smith, joined the military in 2006 for one important reason.

“He went in because ‘I’m doing it for my family’ but I’m staying in for my country,” Jackay Smith said.

While he was sleeping in his bunk in Iraq, life for the heavily decorated man quickly changed.

“They were hit by 12 rockets. I think over 50 were aimed at them. One hit a few feet from my husband,” she said.

He now has a traumatic brain injury from the attack.

“You just feel you need to do something,” she said.

Because holidays can be tough, she decided Valentine’s Day was the holiday she wanted to surprise veterans at the medical center.

The military family and their friends are a small army of their own. They’re preparing about 350 Valentine’s Day gifts for veterans.

Jackay Smith asks anyone who wants to help thank veterans meet at the VA, located at 4801 E Linwood Blvd., at noon on Valentine’s Day. She needs help passing out hundreds of gifts.

“Every time I hug a veteran it is like giving my husband a hug because they went through the same thing,” she said.

She hopes teaching her kids to show appreciation will keep this tradition going.

“So maybe when they are men and see a veteran on the street, they’ll reach out their hand and say, ‘thank you,'” she said.

Jackay Smith said she was inspired to start the program after a family friend lost his battle with post-traumatic stress disorder and chose to commit suicide.

That man’s wife started a program called Cupcakes for PTSD.