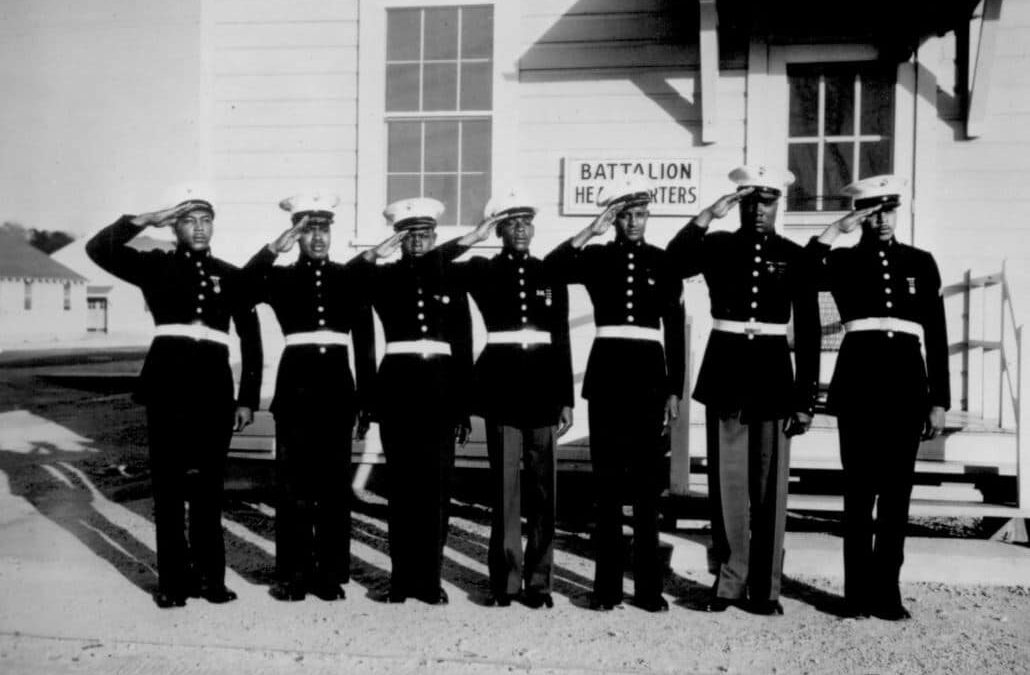 On June 25, 1941, President Franklin D. Roosevelt signed Executive Order 8802, which stated that all men would be allowed to serve in the military “regardless of race, color, or creed.” Up until that moment, the Marines had refused the service of African Americans, even though the Army and Navy had been integrated since the Civil War.

The Montford Point Marines were segregated, training at Montford Point — a facility at Camp Lejeune, North Carolina, where approximately 20,000 African American Marines received basic training between 1942 and 1949. There, they fought to rise in the ranks as segregation and racism remained prevalent in the South.

Also known as the “Black Angels,” the Montford Point Marines went on to provide distinguished service in the Pacific Theater during World War II by performing a wide variety of assignments.

The Montford Marines were a part of significant social change in the United States, but their battles at home and abroad weren’t officially honored until 2011, when President Obama awarded the last remaining Marines and their families the Congressional Gold Medal over 60 years later.

Now, after years of research, Commissioner Lopez has announced the unveiling of the Montford Point Marines Memorial in the Bayview Park Memorial War Garden. This simply-stated granite podium, inscribed with the names of these local heroes, will stand to honor those Key West Veterans for years to come.