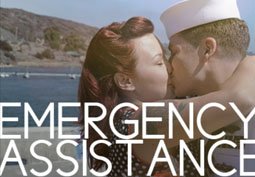 Many military-affiliated charities  have been re-evaluating their missions recently. Often, charities can adapt  to the changing needs of the community faster than the Defense Department can. That’s good for the military community today, and it will be even more important down the road as DoD resources are constricted, even as the needs of wounded service members and their families continue.

Some charities, such as Operation Homefront and USA Cares, were set up in the early 2000s to provide quick grants for things like food and shelter that families of deployed troops needed right away. Today, both organizations have been adding programs to help the combat injured.

For example, USA Cares provides help such as food and mortgage assistance to active military and veterans who have been referred to a Veterans Affairs Department-approved inpatient treatment program for post traumatic stress, traumatic brain injury and/or military sexual trauma.

Operation Homefront is seeing more requests for emergency financial assistance from wounded troops and their families, which led to a partnership with the Wounded Warrior Project last year that allows them to help troops long after they leave the military. Until then, eligibility for assistance was limited to two years after leaving the military.

Others, such as the Injured Marine Semper Fi Fund, saw the need to help wounded troops with family members facing financial crisis — perhaps because they’ve had to give up their jobs or take a leave of absence to travel to be at the bedside of their service member. After seeing the needs of other service members, not just Marines, the Semper Fi Fund created America’s Fund for all branches, and have expanded assistance to include adaptive housing and equipment for critically injured or ill troops, said Karen Guenther, president of the organization.

Operation Gratitude, formed to send care packages to troops deployed overseas on combat and hardship tours, has expanded its mission to include helping wounded warriors, homeless veterans, and veterans from earlier conflicts. They’ve also provided relief to military families affected by hurricanes and other disasters.

The 152-year-old Armed Services YMCA has expanded and contracted as needed, said Mike Landers, the nonprofit’s president. They’ve had requests for more help at some locations and have been using reserve funds to finance the new requirements. But they recently shut down their branch at Whidbey Island, Wash., where their programs consisted almost solely of day care, because new base child care centers eliminated the need for ASYMCA day care.

If their donations hold up, and if they can avoid duplication and work together, military-affiliated charities might collectively be able to sustain an infrastructure that DoD or VA could never provide.

Karen Jowers is the wife of a military retiree.