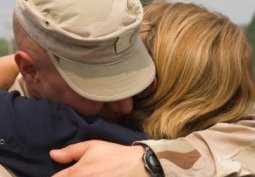 Janet Snyder from the Las Vegas Sun has brought up a very good point – Military Spouses deserve a break! Tell us what you think about her article:

Sen. Marco Rubio, R-Fla., announced last week that he wants to give a tax break to Olympic athletes so they don’t need to pay taxes on their Olympic awards.

Who are the heroes in this country? Athletes? Entertainers? Celebrities?

What about our Military Servicemembers who have fought in our nation’s wars over the years — and died in service to our country?

Do the Military Surviving Spouses get any special tax break?

What is being done to honor Military Widows? We traveled all around the world during our Servicemember’s Military career, rearing our children, managing the household and moving every two years for 20 years or more.

Now, because we choose not to remarry over the age of 57, we do not receive our full insurance benefits that our spouses paid for. We are subject to an offset.

Our Survivor Benefit Plan (government insurance that was paid in premiums for 30 years) is reduced dollar-for-dollar by the Department of Veterans Affairs Dependency and Indemnity Compensation.

Where is the justice for Military Surviving Spouses who don’t get remarried?