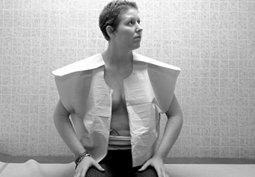 If you think breast cancer is just something for your grandmother, mom and aunts to worry about, think again. Not only is breast cancer striking relatively young Military women at alarming rates, but male service members, Veterans and their dependents are at risk, as well.

With their younger and generally healthier population, those in the Military tend to have a lower risk for most cancers than civilians, including significantly lower colorectal, lung and cervical cancer rates in certain groups.

But breast cancer is a different story.

“Military people in general, and in some cases very specifically, are at a significantly greater risk for contracting breast cancer,” says Dr. Richard Clapp, a top cancer expert at

Boston University. Clapp, who works for the Centers for Disease Control and Prevention on military breast cancer issues, says life in the military can mean exposure to a witch’s brew of risk factors directly linked to greater chances of getting breast cancer.

Indeed, in a 2009 study, doctors at Walter Reed Army Medical Center found that breast cancer rates among Military women are “significantly higher” — that Military women are 20 percent to 40 percent more likely to get the disease than other women in the same age groups.

Researchers point to a higher use of oral contraception — also linked to breast cancer — among military women as a possible culprit.

“Military women are also more likely to be engaged in industrial jobs than females in the general population and hence potentially more likely to be exposed to chemicals that may be related to breast cancer,” researchers wrote in the study.

Since 1993, Congress has funneled more than $2 billion to the Pentagon to fund research into breast cancer, including $120 million in 2012. That money has produced some promising new vaccines, among other research, but, perhaps ironically, very little of it has been used to investigate breast cancer within the Military itself.

“It is a well-documented fact that one of the highest forms of cancer among our service members and veterans is breast cancer,” says Rep. Leonard L. Boswell, D-Iowa. What’s not clear is why, he says, so he’s been trying since 2009 to pass legislation to look into the problem.

A 20-year Army helicopter pilot with two tours in Vietnam, Boswell says he decided to take up the cause when one of his staffers, an Iraq veteran, returned from a five-year unit reunion with alarming news. The staffer pieced together that six of the 70 women who had deployed downrange with the unit — all between 25 and 35 years old — had developed breast cancer within five years. Another half-dozen women from the unit had developed worrisome new lumps in their breasts.

Boswell has repeatedly called for a Pentagon study on the issue, but his bills have stalled in committee. He reintroduced legislation again in April, however, that he hopes will force the Pentagon “to dig deeper in order to discover whether there is a service-related cause for the alarming rate of those members who are diagnosed.” If his suspicions are confirmed, he wants officials to classify breast cancer as a service-connected disability, allowing veterans to receive Veterans Affairs Department medical benefits to treat it.

In recent years, breast cancer has been as brutal on women in the military as combat. While more than 800 women have been wounded in Iraq and Afghanistan, about the same number have been diagnosed with breast cancer. From 2000 to 2011, 874 Military women took a hit from breast cancer, according to the Armed Forces Health Surveillance Center. A 2009 study found that female deployers were evacuated from combat zones because of suspected or confirmed breast cancer more “than for any other condition.”

That’s exactly what happened to one servicewoman recently featured in the SCAR Project, an exhibition and online gallery of jarring topless portraits of breast cancer survivors baring their scars.

“The dog tags and camouflage are real. I am still active duty,” a soldier identified only as Barbie writes in a blog post under her portrait. “I have been in for over 17 years and 2 combat deployments. In February 2011, I was diagnosed with Stage IIIB Breast Cancer, four months after being deployed to Afghanistan.

“At my own risk, I wanted to participate in the SCAR Project because it is important to me that people understand and know anyone can get breast cancer. In my experience, it’s not something that’s often paid particular attention to due to the overwhelming male population” in the military.

“I don’t believe most people actually ‘see’ Breast Cancer,” she writes. “They hear about it but they don’t listen. It is just a terrible thing that happens to everyone else but could never happen to them. I hope that when they look at my photograph, they open their eyes and allow themselves to absorb and take it all in and really think about why this is happening to so many young women.”

Not Just a Woman’s Problem

While rare, breast cancer can also strike men. And again, there are mysterious spikes in male breast cancers among some Military populations. The American Cancer Society estimates that this year breast cancer will be diagnosed in about 2,190 men in the U.S. and will kill about 410. Officials say they’re not sure why dozens of men who lived and worked at Camp Lejeune, N.C., have developed the disease.

Researchers with the CDC are preparing a study that will try to determine whether contaminated drinking water at the Marine Corps’ largest base on the East Coast caused dozens of male Marines, sailors and family members to get breast cancer.

Mike Partain is one of them. The son and grandson of Marine officers who was born and raised at Camp Lejeune, Partain first noticed a small lump near his right nipple about five years ago.

Male breast cancer is extremely rare and usually isn’t seen in patients younger than 70. Partain was 39 when he got a mastectomy and started chemotherapy treatments. He was the first to wonder if his sickness was connected to reports that were just surfacing about contaminated wells at Camp Lejeune that weren’t sealed off until the mid-1980s. Soon he was connecting with other men who had served at the base and gotten a similar diagnosis.

“We are now at 80 men with breast cancer from Camp Lejeune,” he reported during a recent CDC gathering on the issue.

“So we’ve got, over the past five years  80 individual men with the single commonality of male breast cancer and exposure to the contaminated water at Camp Lejeune. It seems this number just keeps on going up,” said Partain, now a community representative for the CDC’s Agency for Toxic Substances and Disease Registry.

Worse still, Clapp says, there are probably more bases out there with similar problems.

Take Otis Air National Guard Base, Mass., for example. A former Army installation and Air Force base, the installation has a similar history of polluted water, Clapp says.

“They used to dump aviation fuel during training exercises, as if you were going to land on an aircraft carrier and you had to jettison your fuel before you landed — they did that on the ground. That was in people’s drinking water. It seeped into the groundwater and got into wells,” Clapp says. “Studies in adjacent communities found, among other things, excess breast cancer in women who lived near the base. But they’ve never done any studies on the soldiers and fliers who’ve lived there.”