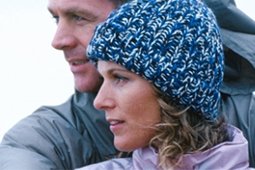 Despite enormous stress on Military families from repeated wartime deployments and long periods living apart, service marriages are showing a level of resilience that social scientists can’t yet explain.

Military divorce rates have climbed only gradually in recent years and, according to a report in the Journal of Family Issues, have not exceeded the rate of broken marriages reported among civilian peers.

Competitive wartime pay, extra allowances for being married in service and family support programs could be factors.

Another might be the respect service people hold toward institutions in general, including marriage.

An exception to surprisingly positive data on Military marriage remains divorce rates among female servicemembers. Though excluded from closer scrutiny in the new report, marriages of female troops continue to dissolve at rates double that of Military men and at a significantly higher pace than reported for female civilians of similar age and educational background.

What makes your marriage last?