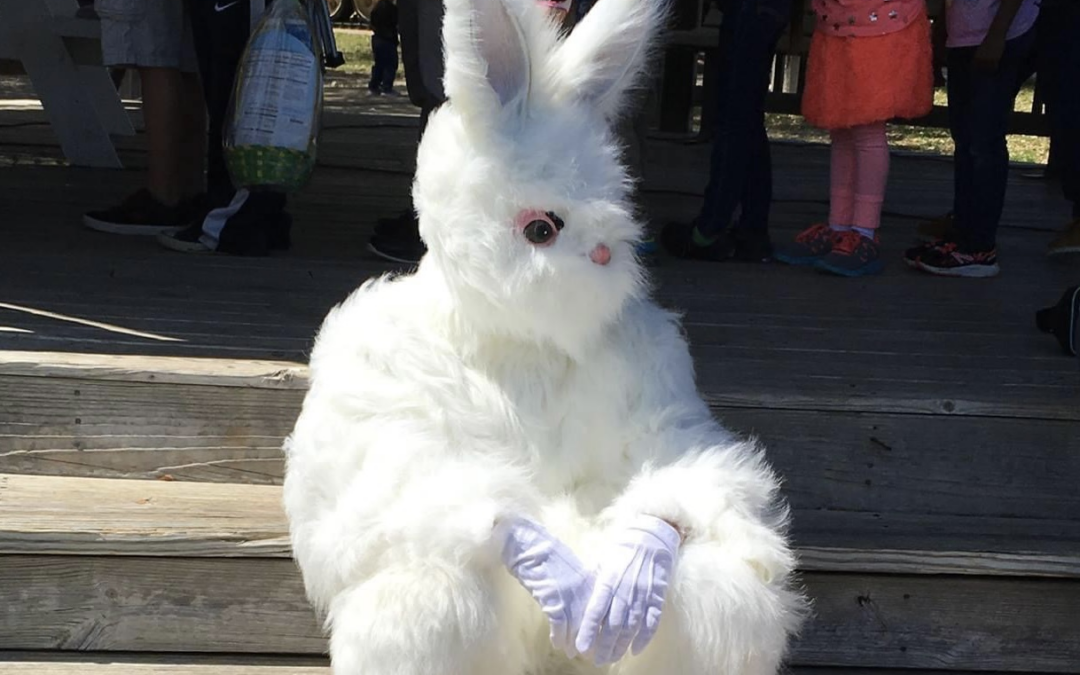 A few years ago, the Unit my husband Joe had been assigned to had a variety of holiday events throughout the year. This one was sure to be a hit. It was a perfect day for the Unit’s Easter Egg Hunt on Fort Hood, TX. It was sunny and warm and, as we arrived, we noticed hundreds of eggs scattered around a grassy field. Miles, our son, was already trying to pick up the eggs and we kept having to put them back as the Egg Hunt had not yet officially begun. There was food, crafts and lots of anticipation for the Easter Bunny to arrive. Where was he?

We chatted with Joe’s co-workers right before hunt. I noticed the Easter eggs were sprawled out among a rather large field on Post. Being a mom, I found this rather genius as naptime would be approaching afterwards and the kids were sure to be tired after searching across the field. The hunt began, and off went Miles… searching eggs that were spaced very far apart in and under a bridge, in a nearby museum, and throughout the grass. There was some real strategy going on as you had to eye an egg far away and beat out the other children (à la Hunger Games). After the hunt, we had hot dogs and chips and some children sat and opened all their eggs. Craft stations were set up for coloring Easter crafts. There was only one thing left… Where was the Easter Bunny?

We saw some scrambling around and a commotion among Joe’s co-workers. Just then, someone ran up to Joe, a Major at the time, and notified him that the person who was supposed to put on the bunny costume would not be coming to the event after all. “And why are you telling me this?” Joe said. I knew this could only mean one thing… “Well sir, you’re the only other one that can fit into the bunny costume.” I looked at Joe and he looked at me. If there was ever an opportunity for me to get back at him for some wrong he’d ever done to me… this would be it. But my heart leaned more toward supporting him so, as the Easter Bunny’s wife, I took my role seriously.

We went to meet someone in a secret, undisclosed location away from the children so they wouldn’t find out what was about to go down. Joe’s co-worker handed him the bunny costume, which looked like it might fit a teenager. I now realized why Joe was hand-picked for this honor. He stands 5’ 3”, and maybe weighed 120 pounds then. The clothing swap was complete and we headed to the restroom area… hopping along with the newly promoted Easter Bunny.

Really, I wish he had hopped. This bunny was very underwhelming. Maybe he did not get enough carrots that day? I’m pretty sure my joking did not help the situation. We headed as a family to the gazebo where all the children would have their picture taken with the happy bunny (insert sarcasm). Miles was so scared to get his picture taken aside his dad in full costume, he actually sat on the other side of me. After the kids went through, each co-worker also took turns. I’d never seen so many grown men line up to get their picture taken with the Easter Bunny.

Note to self: It doesn’t matter what rank you are, when the bunny costume comes out, you may be asked to wear it. I mean it could’ve been worse, Santa Claus actually has to talk.