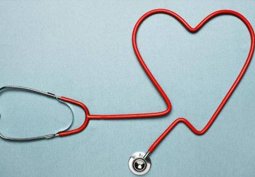 As you browse the shops bursting with shiny heart-shaped merchandise and red roses or Valentine’s Day, take a moment to stop and think about your real heart’s health. If love doesn’t stir you into action, there are some terrifying statistics that will definitely get you started on the road to a healthy heart.

According to the World Health Organization, cardiovascular disease (CVD) is the leading cause of death globally, claiming 17.1 million lives a year and about 30 per cent of deaths worldwide. In the UAE it accounts for 22 per cent of deaths and one in three Emiratis is at risk of cardiovascular disease, according to Dr Mukesh Nathani, a cardiologist at RAK Hospital in Ras Al Khaimah. This isn’t surprising given the high prevalence of conditions linked to CVD here in the UAE. Forty per cent of the population in the country is classified as obese and 18.9 per cent live with diabetes*.

These are dramatic figures, but CVD refers to more than just a heart attack. The term ‘cardiovascular disease’ describes a group of conditions affecting the heart or blood vessels, says Dr Atul Aundhekar, chief medical director at iCARE Clinics, Dubai. The most common types in the UAE are coronary heart disease, cerebrovascular disease (stroke) and peripheral arterial disease.

Coronary heart disease occurs when the heart’s blood supply is interrupted by cholesterol-containing deposits, known as plaque, which build up in the arteries. A heart attack will occur if the heart’s blood supply is completely blocked. Cerebrovascular disease (stroke) happens when blood supply to the brain is restricted or stopped; peripheral arterial disease strikes when arterial plaque builds up in the blood vessels that carry blood to your legs and arms.

So what puts you at risk of CVD? Factors include a family history of the disease, lack of exercise, diabetes, smoking and hypertension (high blood pressure). Eight out of ten patients with diabetes will die of heart disease and smokers are twice as likely to have a heart attack than non-smokers, according to a report from the Canadian Cardiovascular Congress 2011. Having more than one of these risk factors puts people in greater danger.

Why even the young are at risk

But it’s not just overweight, middle-aged smokers who can fall victim to heart disease. It’s possible for people as young as 20 to suffer from a heart condition called cardiac arrhythmia (irregular heartbeat), says Dr Ahmad Gabroun, specialist cardiologist at Canadian Specialist Hospital in Dubai. He says this hard-to-detect condition is so widespread that research suggests every one of us will probably have suffered an attack of atrial fibrillation (the most common type of cardiac arrhythmia) at least once in our lives and will have never noticed. However, when a severe attack strikes, it can be fatal.

“Serious atrial fibrillation can lead to blood clot formation in the heart chamber,” says Dr Arun Goyal, Consultant Cardiac Surgeon at RAK Hospital. “These clots may eventually end up in the lungs, leading to pulmonary embolism [blockage of the lungs], or in the general circulation, where they pose a risk of blocking the arteries in the brain, which can cause a stroke.”

Although Dr Gabroun says about 5 to 15 per cent of the UAE population aged from 20 to 60 may suffer from cardiac arrhythmia, an even more disturbing trend has been reported in the country and around the world. A large proportion of young people with no history of diabetes and normal weight and blood pressure were found to already have thickening of their blood vessel walls, the beginning of cardiovascular disease, according to a Canadian study.

Dr Nathani says this culminated in a heart attack for one 38-year-old Emirati man named Jassem, whom he treated. “Having come into hospital with symptoms of sweating and uneasiness in his chest, an ECG [a scan of the activity of the heart] revealed he was suffering from
a heart attack,” says Dr Nathani.

“He had a blockage in his coronary artery, which we immediately opened up using balloon therapy [whereby a balloon-tipped catheter is pushed into the narrowed coronary artery and inflated to clear the blockage], thereby restoring normal blood supply to his heart muscle.” The swiftness of Jassem’s reaction to his symptoms were key to his survival, and he was able to receive treatment within the crucial 90-minute window.

This highlights the importance of the Canadian study, which draws attention to the fact that changes in the arteries can begin far earlier in life than people might imagine, however young and healthy you may appear.

So whatever your age, it’s important to be aware of symptoms of heart disease. The most common sign is angina, or chest pain.

“Heart-related chest pain is often centred under the breastbone, perhaps a little to the left of centre,” says Dr Nathani.

Although the reasons are unclear, symptoms can vary according to gender. “Men are more likely to experience sharp pain in their upper chest or to the left of their breastbone. They also often have pain in their left shoulder and inside the left arm, down to the waist, and from their mid-chest through to their neck and jaw,” says Dr Aundhekar.

Women tend to pose a greater challenge in diagnosis because they often present with nonspecific atypical symptoms like shortness of breath and fatigue as opposed to chest pain. Other symptoms that women may dismiss as insignificant include nausea and vomiting, which can commonly be misinterpreted as indigestion, adds Dr Aundhekar.

Some simple lifestyle changes can greatly reduce your risk of heart disease: