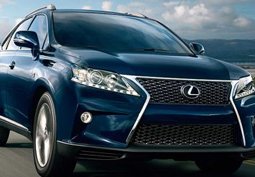 Not only did Lexus earn top slot in Consumer Reports’ annual Car Brand Report Cards, but it achieved a 100-percent recommendation across all its vehicles that were tested. Said Consumer Reports’ Director of Automotive Testing Jake Fisher, “That is quite a feat for a brand whose cars are brimming with technology including impressive hybrid drivetrains and complicated infotainment systems.”

The luxury vehicles earned the brand a score of 79, with Consumer Reports having looked at Lexus models specifically instead of looking at all Toyota brands and giving a combined score. It did this across the board, with Subaru and Mazda coming in at second and third place. Competition included all the big names and many more, including Chrysler, GM, Ford, Honda, and Nissan.

Both Subaru and Mazda came in tied with a score of 76, just a tad below Lexus’ score. Subaru scored some points for the “sportiness” of some of its vehicles, while Mazda was ranked as having some of the most reliable cars available. Both brands were reported as offering good fuel economy, handling, and versatility wrapped up in a package with decent price tags.

Not surprisingly, 80-percent of the top ten brands are Japanese, with Honda’s Civic being noted amongst them for its refreshed design, but it didn’t do as well as some of its competition due to the CR-Z and Insight, both of which scored low. Among the lowest of the top Japanese brands was Nissan, with both its trucks and SUVs receiving low scores for being unreliable. Its Altima and Infinti, however, helped keep the brand afloat.