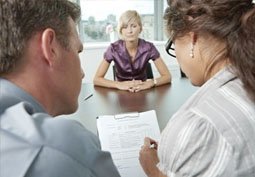 One lawmaker is asking the Defense Department to help him close loopholes in a DoD military spouse hiring preference program that unintentionally allows agencies to get around the hiring provision.

Rep. Chris Van Hollen, a Democrat from Maryland, sent a letter May 14 to both Walter Reed Army Medical Center and the Pentagon detailing concerns about the Priority Placement for Military Spouses (PPP-S) hiring preference after one military spouse noticed that several hiring provisions were being used to get around the rule.

“Obviously my interest is in making sure that no one is manipulating the rules in order to undermine the spouse hiring preference,” Van Hollen told Military.com. “I hope we’ll be able to strengthen the provision. The spouse policy is an important one to provide for a preference to somebody who is equally qualified for the position.”

Dr. Rita Mallia, a military spouse, optometrist, and Van Hollen constituent stationed at Walter Reed, applied for a position at the medical center using her spouse preference in 2011. The job posting was later cancelled citing “financial constraints.” But three months later a candidate was hired for the position without a vacancy announcement, Mallia said.

Unlike other federal hiring preference rules, including one for veterans, hiring officials are not required to choose a preference-holding spouse before they turn to a direct hire. But doing so violates the “spirit” of the preference, Mallia said.

“When you don’t clear military spouses you are basically avoiding the program and direct hiring someone when there isn’t a critical shortage,” she said. “This is just another method to avoid hiring military spouses.”

Van Hollen is looking to work with DoD and Walter Reed to shore up the provisions to require qualified preference holding spouses to be hired before officials turn to a direct hire. He is also looking to change the rules around the opening and canceling of positions and the amount of time positions must be posted before they are filled.

Currently positions can be canceled and then re-opened at any time and there is no minimum time vacancies must be posted before they are filled. Van Hollen said those provisions can be used to “circumvent the PPP-S mandate.”

“I hope we can work together to revise these provisions to make it absolutely clear that they cannot be applied to supplant the PPP-S requirements,” Van Hollen wrote. “Otherwsie, the goal of PPP-S will become an empty promise.”

Van Hollen hopes to be able to amend the provisions without resorting to legislation.

The spouse hiring preference, which was established by law in 1986, gives spouses hiring preference for DoD jobs for two years after they PCS or until they accept a DoD “continuing position” job.

Mallia, who left a full time optometry job to move with to the D.C. area with her husband, said the preference program is painted by officials as an easy way for military spouses to secure a job at a new duty station. But that has not been the case.

“I made a life changing decision based on this program,” she said. “I would’ve never done that if I knew this program has all these loopholes.”

Officials with Walter Reed Army Medical Center did not respond to repeated requests for comment.

DoD officials said while they could not speak to specifics of the letter, each service is responsible for implementation of the preference.